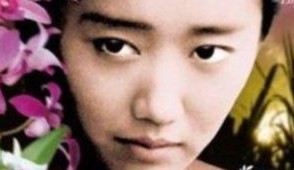 In the early 20th century, a practice modeled after the traditional arranged marriage became common amongst Asian immigrants to America: the seeking of “picture brides.” Something similar is prevalent, in a somewhat altered form, in today’s role playing industry in South Korea.

Historically, picture brides originated due to the influx of immigrant workers, chiefly Korean and Japanese, who came to Hawaii to work as cheap labor on plantations. A major component of long-term settlement was getting married, yet anti-interracial marriage laws made it difficult for the immigrants to find wives in America. Thus, matchmaking services developed that allowed men to find brides by sending pictures of themselves back to their home countries and having women – “picture brides” sent to them.

The wives, whose reasons for emigrating from their homes included the search for economic prosperity, preservation of family names, and other social pressures, were often disappointed when they found out that the husbands waiting to greet them were not the same men they had agreed to marry. According to various accounts accumulated on the Wikipedia entry about the practice, it was very common for the pictures sent by the men to be either old, retouched, or depicting completely different men.

Though conditions were harsh in Hawaii, the majority of the brides had no choice but to accept their marriages after moving so far from home. Many did not want to return home because they felt they’d cause shame to their families for doing so.

“These men were not respecting the women’s rights,” Raphael Lee, senior at Robert F. Kennedy Community School (SVAH), told JSR. “It’s also not true love. The women felt a sense of shame and they were uncomfortable because now they were obliged to live with [men] they didn’t even know. This is worse than a traditional arranged marriage.”

Yet, the lasting impacts of this practice are evident in today’s increasingly popular role playing industry in South Korea. Role playing companies employ thousands of actors and actresses to play the roles of real friends at life rituals, such as weddings, for couples who need people to fill seats. Similar to how many picture brides did not want to return home due to a sense of shame, people who hire role-players do so in order to appear more beloved than they truly are.

According to a report by NPR, South Korean casting agencies have hosted wedding guest rentals since the late 1990s and continue to pay people to act as fake bosses, friends, parents, spouses, and mistresses.

In his book “Korea: The Impossible Country,” Daniel Tudor suggests the need for Koreans to impress others and the pressure to obtain an image of perfection as the leading factor behind these fake hirings. Tudor quotes a psychology professor at Yonsei University, who told him that Koreans prioritize “perfection.”

According to Los Angeles School For Enriched Studies (LACES) junior Alexander Kum, “The fact that similar actions [to the picture bride process] are happening now shows how messed up [the Korean role players’] way of living is.”

“They shouldn’t be lying about this stuff,” he continued, “because ultimately they’re lying to themselves.”

Both of these practices demonstrate how marriage is often used for reputational reasons rather than as a bonding mechanism showing true affection between two people.