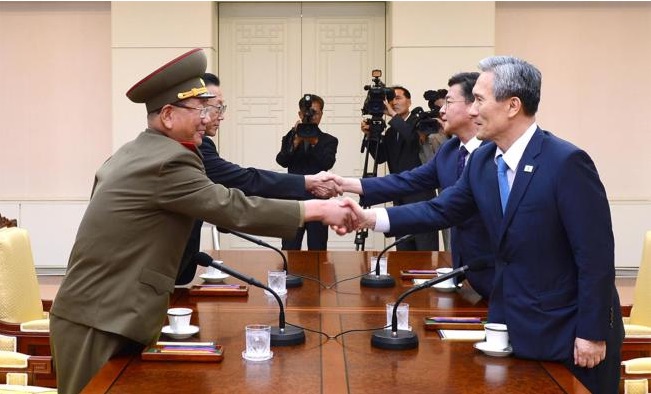 This August, a landmine explosion in the demilitarized zone between South and North Korea led to heightened tensions between the two nations. South Korea accused North Korean soldiers of crossing the border and planting the landmines, but North Korea denied the charges. South Korea responded by broadcasting propaganda and loudly blasting the daily news, criticism of North Korea’s government, and even K-pop recordings into the North. As the drama progressed,
there was a looming threat of war.

It was another episode in a longstanding pattern of escalations.

JSR asked elderly elderly citizens of South Korea, those who lived through the Korean War of the 1950s and have experienced firsthand a war against the North, how they are responding to the renewed threat of war. As might be expected, some members of that generation are terrified of the notion that war against these two countries might break out again.

Suh Sangsoon, an 82-year-old who was a bystander of the war, told JSR, “I had 10 siblings at the beginning of the war. When it was over, I only had four siblings left. I remember one of my younger brothers was playing with a bombshell, but it suddenly blew up, and he died. I had just had breakfast with him a couple of hours [before.”

She concluded, “It seemed like a horrible nightmare. I just wanted it to end.”

Choi Jooseon, 75, told JSR, “South Korea is in a much better position than before. Look at Samsung! We’ve developed so much in such a short amount of time.”

But a fear still remains in these elderly citizens’ hearts. What if war breaks out again?