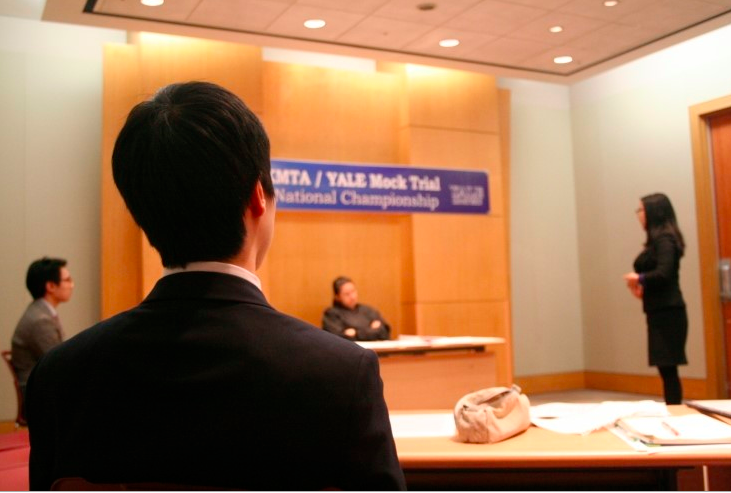 The tournaments were exciting for the students involved. Although both experienced and new mock trial competitors had been looking forward to this event, everyone was nervous.

Jasmine Lee, a student at Korea International School who as a witness at the recent competition, said, “I feel like I’m being thrown headfirst into the fray, like I’m unprepared for everything that’s about to come. I’m really nervous about it, but I’m excited to see how it’ll turn out.”

There were 16 teams in total, and teams were paired to challenge each other in each round. The competition was organized with “power matches”, which meant that whether a team won or lost a match would determine its opponents for the consequent matches. One mistake wasn’t just one mistake. One mistake–one loss–could drop one team’s overall ranking completely.

The two days during which the tournament was held was filled to the brim with healthy, fruitful debate, and students from every single school left COEX with either a team award, a best witness award or a best attorney award.

“There were wins and there were losses,” says Diane Yee of HAFS, “but the only thing that matters is how much fun we had. And we had a lot of fun.”