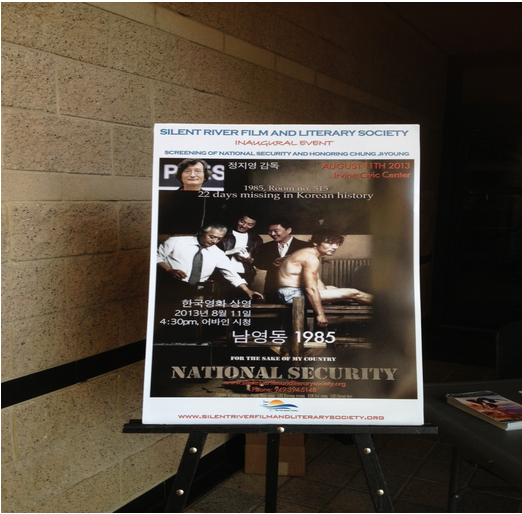 On August 11, an audience at Irvine City Hall bore witness to waterboarding and other acts of cruel torture performed on Korean political prisoners. These and other injustices were displayed at a private showing of director Jung Jiyoung’s politically sensitive and controversial film “Namyeong-dong 1985 (National Security 1985).”

The film revolves around former president Chun Doo-Hwan’s military government and numerous accounts of unlawful interrogations which occurred in the headquarters of the Korean Central Intelligence Agency based in the Namyeong district. It tells the real story of Kim Geun-Tae, a democratic activist and the head of the Democratic Youth Coalition who was falsely accused of conspiring with North Korea during Chun’s reign.

In its depiction of the torture and interrogation process, the film leaves little to viewers’ imaginations. However, behind the difficult torture scenes and the seemingly hopeless mindset of Kim lies the true message of the film and Jung’s main purpose for underscoring this controversial period of Korean history.

In an interview with J Student reporters, Jung said that his goal is to convince people that “it is not useful to bury the hurtful events of the past. That kind of hurt and scars you have to look in the eye in order to move on correctly.”

In resurrecting the pain of the controversial era, Jung hopes to unveil a side of Korean history that is not familar to younger generations and people of Korean descent who live outside Korea.

According to Jung, “Second-generation Koreans should not feel embarrassed about this history… Despite the generational gap, the younger generation can take away a positive message from the mistakes made in the past and pave a new road for the future of the nation to ensure that history does not repeat itself.”