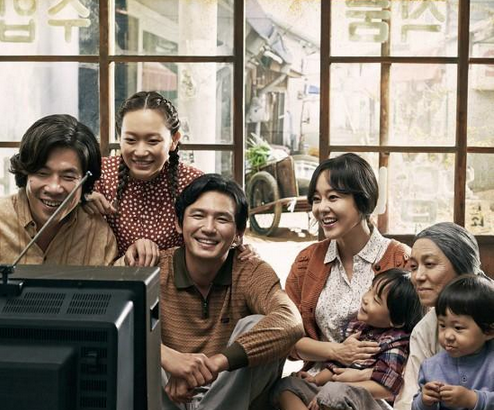 “Ode to My Father,” a movie depicting the story of an ordinary family man who worked and lived through the industrialization of Korea, has swept across screens in Korea and America. The film stars Hwang Jeong-min, whose portrayal of Deok-soo brings laughter, tears, and memories of the past to the audience.

The motion picture, released on December 17, 2014, begins with the evacuation of Hungnam Port during the Korean Civil War in which Deok-soo loses track of his younger sister and is forced to go on with his mother and remaining siblings while his father attempts to search for her. Thus begins Deok-soo’s role as head of the family and his assumption of numerous odd jobs to provide for his family as the chief breadwinner. He works himself to the bone as a coal miner in Germany and as a technician in war-stricken Vietnam while attempting to support his family and fill the void of his missing father.

Told through a series of flashbacks from Deok-soo’s present life, the movie depicts great personal sacrifice amidst the faults of a forgetful modern society. Although Deok-soo works tirelessly to provide education, a worry-free life, and safety for his siblings and eventually his own family, his efforts go unrecognized and even unappreciated; his sons even implore him to sell the shop Deok-soo inherited from his aunt who took his family in after the Hungnam evacuation. Throughout the narrative, Deok-soo is implored to sell the shop but refuses seemingly without reason. Yet, towards the end of the movie, it is revealed that it was the agreed-upon meeting point with his father when they were separated.

More than just a movie that presents a snapshot of historical events, “Ode to My Father” is an emotionally wrenching film that connects generations.

“The film definitely captured my heart and made me think about how differently my grandparents lived,” said Korean American student Elizabeth Park. “Seeing the scenes where Koreans had to abandon their homes reminded me of the stories my grandmother told me and the loss of family members she experienced because of the war.”

These sentiments are not only reserved for Koreans living abroad; in an interview with JSR, Korean national Hyun-woo Choi said, “The film allowed me to see not the easy stories of the 6.25 War like those of the soldiers, but the often less-emphasized struggles that the ordinary people went through. I also felt more thankful for being lucky enough to have the things I have just by being born in this generation after watching the hardships and difficulties the older generation faced.”

“Ode to My Father” is showing in theaters in the Los Angeles area such as the CGV Cinema and Regal La Habra Stadium 16.