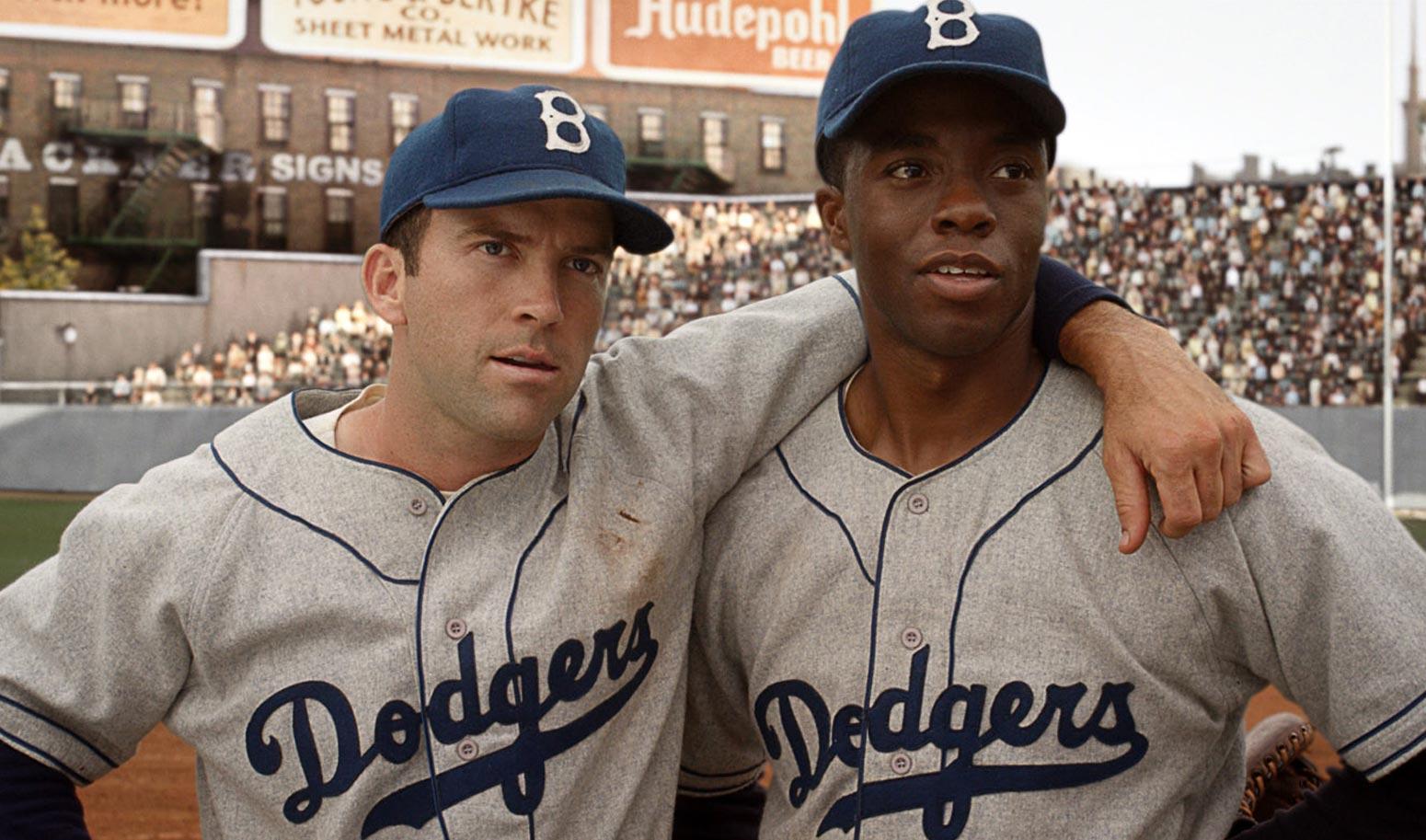 On June 4, 1972, the Los Angeles Dodgers retired Jackie Robinson’s uniform number. The number, 42, is now retired by all Major League Baseball teams and is also the title of the hit film adaptation of Robinson’s struggle.

The movie depicts the 1947 signing of Robinson (played by Chadwick Boseman) to the Brooklyn Dodgers owned by Branch Rickey (Harrison Ford). Though Jackson faces abuse because of the color of his skin, the film depicts the star’s courage in the face of racism. Finding friends in Pee Wee Reese (Lucas Black) and Ralph Branca (Hamish Linklater) and solace in his wife, Rachel (Nicole Beharie), Robinson shatters the color barrier of professional sports.

The movie does well in depicting Robinson’s talent, particularly as a runner. Robinson is shown running bases and provoking balks from the pitchers. The attention to actual baseball nicely accompanies the director Brian Helgeland’s effort at depicting the racism of the time.

Some have pointed out parts of the film that are not perfectly true to history. Yet 42 is not a documentary, so poetic licenses should be accepted. The film’s attention to Robinson’s talent and endurance is masterful and inspirational enough to make up for the historical inaccuracies.

For example, one scene shows Robinson enduring a racial tirade by Ben Chapman (Alan Tudyk), who even shouts at him to “go back to the cotton fields.” Restraining himself from reacting violently, Robinson vents his anger by breaking his bat and sobbing, on his knees, in the tunnel leading to the dugout. Though no one recalls this ever happening in reality, the emotions evoked by the scene epitomize Robinson’s struggle.

Overall, 42 brings a good combination of inspiration, baseball, and wit to the screen, successfully honoring Robinson’s legacy and earning a place among the greatest baseball movies. Released in April, 42 can still be seen in select Southern California theaters and will be available next month on DVD.