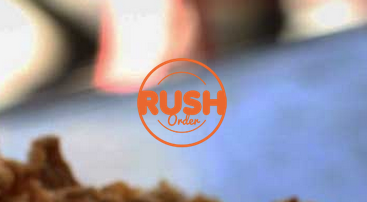 RushOrder, a smartphone application, allows for people to have food that normally can’t be delivered from restaurants in Los Angeles. While there are multiple delivery apps in LA, RushOrder has the best selection of Korean food.

People can order food from many restaurants in Los Angeles, mainly in Koreatown, that don’t offer their own delivery service. Customers pay directly through the app and there is a delivery fee ranging from $3 to $5 depending on how far the restaurant is from where the users live. RushOrder also contains photos of the all the food on the menus and provides customer service 24 hours a day, seven days a week.

“Because of my kids, it is a hassle to get out of the house just to eat something I’m craving, especially late at night. That’s why I use RushOrder because it allows me to get the food I want without having to drive to the restaurant,” Soyoung Lee, a customer, said.

“The workers also deliver the food pretty quickly and I like using this app often,” Lee continued.

A downside to the app is that users can only order from restaurants that are close to them. Although RushOrder does not say exactly when a restaurant is too far, I discovered that a restaurant 2.52 miles away from me was outside my delivery zone.

RushOrder is not only for delivery and take-out. The app also has a function where users can order before they get to certain restaurants so that the food is ready as soon as they get there.

“Overall, I think this app does a good job doing what it is supposed to do, which is to deliver food quickly to people that are craving certain things at home. It is easy to use and if you’re okay paying extra for the delivery fee, RushOrder is a good choice,” Kyung Kim, another customer, told JSR.