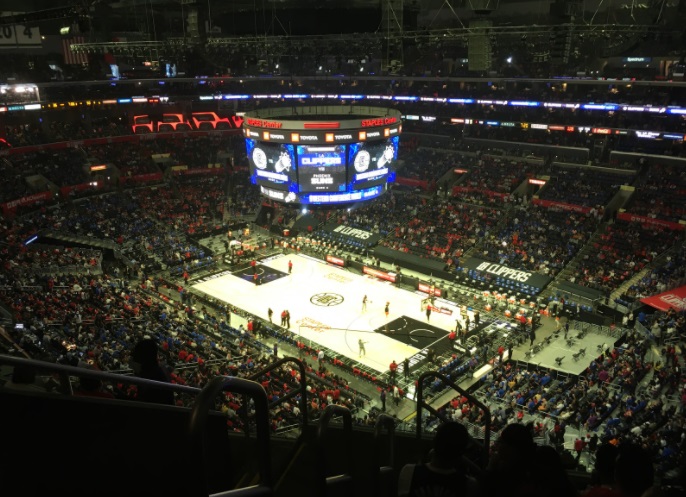 Under the bright lights of Staples Center, the crowd yells “Defense! Defense” while on their feet, cheering on their Los Angeles Clippers in a grueling 1990’s-esque defensive duel against the Phoenix Suns. This was a scene at Game 4 of the Western Conference Finals (WCF) in an injury-riddled yet exciting, 2021 NBA playoffs.

I had the chance to attend Game 4 with my family, hoping to experience the thrilling atmosphere as we cheered on the hometown Clippers. Their appearance in the WCF was historic; even with their six year playoff stretch from 2011 to 2017, highlighted by an exciting playstyle of acrobatic, high-flying dunks and alley-oops that donned the team’s nickname of “Lob City,” 2021 marked their first visit to the conference finals in their 51 year history.

Having grown up a Clippers fan during the “Lob City” era, I was able to attend numerous games, including playoff matchups. However, none of the past games I attended could compare in the excitement and intensity of the crucial Game 4. The moment I entered the arena, before the opening tipoff, I could feel the electric atmosphere as the Clippers hoped to even the series.

The Suns jumped to a quick 14-2 lead in the first four minutes of the game, which quickly emptied the energy of the Clippers fans in the stadium. The flow of Game 4 continued until halftime, where the Suns ended the second quarter with a 50-36 lead.

However, the momentum of the game changed in the second half. The Clippers came storming back on the offensive side and brought excitement back into the arena, as fans rose to their feet and erupted with every Clippers basket and defensive stop. In just a matter of a few minutes, the fans and players had turned up the classic playoff intensity as the Clippers cut the Suns lead to 71-70 with about ten minutes remaining in the fourth quarter.

Unfortunately, this is when their luck began to run out, on the offensive end at least. For nearly four straight minutes, neither team could sputter out a single point. With every defensive stop by the Clippers, the fans erupted in cheers, only to be repeatedly deceived by the players on the other side of the court. Miss after miss, it seemed as if the winner of the game would come down to the team that could break the silence and give a spark of energy to their teammates.

Ultimately, it was the Phoenix Suns who broke the four-minute offensive drought and won Game 4, giving them an insurmountable 3-1 lead in the series, as they eventually advanced to the NBA Finals to face off against the Milwaukee Bucks.

Even though the Clippers lost the game and eventually the series, attending Game 4 and witnessing the intense playoff atmosphere with the back and forth defensive duel in the fourth quarter proved to be an incredible experience. Especially with the fatigue of staying at home over the past year in quarantine, the packed, high-energy stadium brought a glimpse of a back-to-normal experience that may, hopefully, soon feel completely normal again.