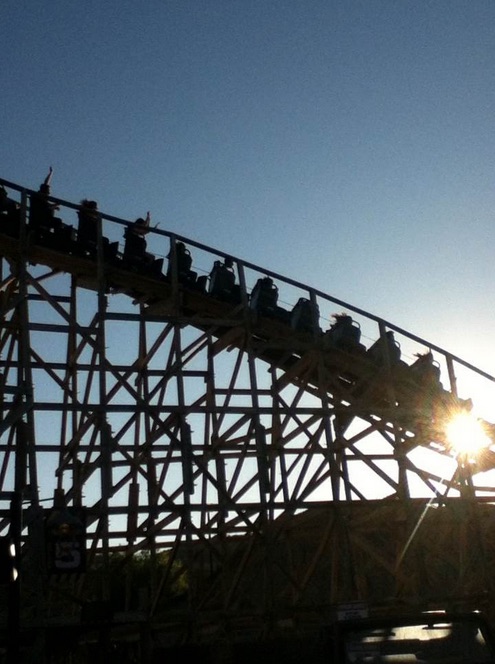 It’s summer, and the amusement park is an ideal place for families and teenagers to visit. Yet injuries over the years have brought to light the importance of safety and instructions for those who visit amusement parks.

According to the International Association of Amusement Parks and Attractions Foundation (IAAPA), almost 375 million people visit amusement parks in North America annually. In 2011, there were over 400 amusement parks in the US alone. Amusement parks welcome free spirits, but safety regulations often don’t come into people’s minds at the parks.

For example, 20-year-old Michael Rohrer was pronounced dead at the UCLA Medical Hospital after being hit by a train at Six Flags Magic Mountain in August of 2008. Rohrer did not follow the rules of the park, climbing multiple fences to retrieve a lost hat.

Not following directions and not listening to the instructors can result in life threatening injures. It is very important to always read the important signs. Rohrer is not the only person to be killed by a coaster since that park opened in the 1970s. Fortunately, in the midst of unfortunate accidents, visitors have begun to take the safety instructions more seriously.

Hyewon Lee, a ninth grader at Valencia High School, gave Magic Mountain’s safety a seven rating on a scale from one to ten.

“After hearing about accidents,” Lee told JSR, “I learned that although the ride looks safe with all its buckles and belts, an accident can still happen. I realized that whenever I go on rides, I am risking my life though there is a very little chance of an accident happening. Since I now have realized the importance of safety, I will be extra careful when going on rides.”

Yet Jane Yu, a ninth grader at Valencia and a carrier of a Magic Mountain season pass, told JSR that she’s more confident in the park’s safety.

Yu said, “I visit Six Flags about four or five times a year and rate safety a nine from one to ten.”

The best thing people people can do to avoid accidents in parks is to follow all the park regulations.

Erin Song is a new member of J Student Reporters.