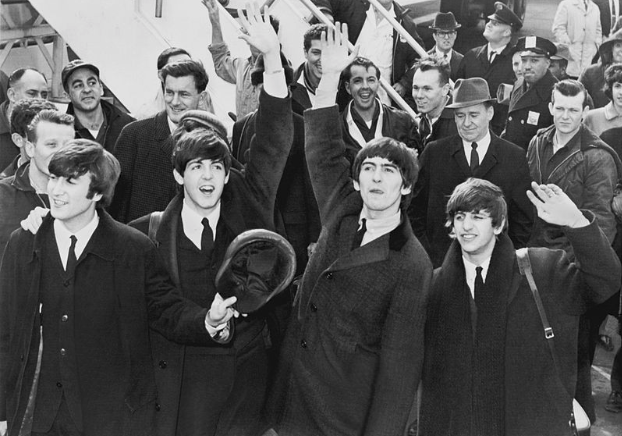 Half a century has passed since the Beatles’ Feb 9, 1964 performance on The Ed Sullivan Show,” a crucial moment in the American popular culture revolution of the 1960s. Exactly five decades later, CBS hosted a tribute concert titled “The Night That Changed America — A GRAMMY® Salute” featuring an all-star cast of current musical artists staging their renditions of classic Beatles hits and a performance by the two surviving Beatles, Sir Paul McCartney and Ringo Starr.

Brian Leff, a local high school music teacher who at nine years old was one of the 73 million people who saw the live broadcast of the Beatles’ original 1964 performance, said, “I remember the day after the Beatles [first] played, all of us kids wanted to sing and look like them and all the adults argued over who knew about them first.”

The Fab Four’s charms had fans screaming, crying, and swooning and their music inspired children to beg their parents for drums and electric guitars. Yet the Beatles’ most appealing characteristic was, perhaps, their ability to have fun together while doing what they loved on stage.

The Fab Four demonstrated a chemistry that allowed them to captivate audiences with emitting an aura of joy and harmony. John Lennon and Paul McCartney traded lead vocal duties and backed each other dutifully with harmonic counterpoint while George Harrison enchanting guitar riffs and Ringo Starr’s congruous drum fills proclaimed the band’s love of performance.

It was this same manifestation of fellowship and cheer that was revisited during CBS’s 50th anniversary event at the Los Angeles Convention Center.

John Legend and Alicia Keys’ cover of “Let It Be,” Stevie Wonder’s presentation of “We Can Work It Out,” and Katy Perry’s interpretation of “Yesterday” were all infused with emotion and flair. However, in the end, the original Beatles stole their own show.

Jumping up and down, strumming and striking their instruments with unity, and singing at the top of their lungs, McCartney and Starr performed mega hits like “I Saw Her Standing There,” “Get Back,” and “Hey Jude” with a fervor that equaled the passion they showed in the 1960s. The two former Beatles did what had originally allowed them to conquer the pop culture world and showed that, even after 50 years, they were still having a blast together.

Watch the Beatles perform on The Ed Sullivan Show in February 1964:

Watch an excerpt of Stevie Wonder performing “We Can Work It Out” at this year’s tribute concert: