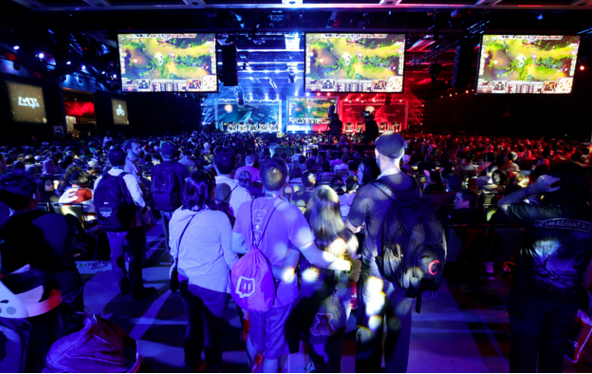 The 2015 G-STAR Game Conference, the biggest annual video gaming convention in South Korea, was held at the Busan Exhibition and Convention Center (BEXCO) from November 12-15.

This year’s convention attracted the largest crowd ever with more than 210,000 visitors. It had 2,636 booths from 26 different countries and its slogan was “Now Playing!”

G-STAR is a great opportunity for gaming corporations. It allows them to introduce new games and increase the popularity of the games they have already produced. Through selling goods related to their games and letting visitors try out their games, they are able to promote their products to a large number of people in a short time period.

Not only is it beneficial for the corporations, it is a great opportunity for the city of Busan as well. G-STAR attracts visitors from all over the country and this influx of tourists positively affect the city’s economy.

Yoonjae Park, a high school student who visited G-STAR, told JSR, “I really enjoyed the convention. I loved looking through all the gaming booths and trying out new games produced by my favorite gaming corporations. Overall, it was an extremely entertaining and enjoyable experience.”

Yet Park also pointed out various aspects upon which the convention could significantly improve.

“Despite how much I enjoyed the convention,” he said, “there were areas where the convention committee could definitely do better. For example, there was a huge crowd when I visited G-STAR. There were really long waiting lines for every booths and it seemed like the staff did not have any control with the crowd.”

He concluded, “It was sad for me, a Busan resident, to see how unorganized the convention was when it’s representing and promoting our city.”