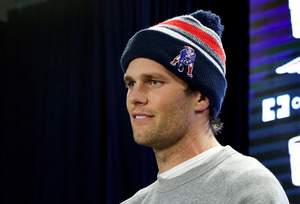 Although the Super Bowl has been played and the “Deflategate” scandal is in the past, questions about the New England Patriots’ fair play linger and connect with other recent cheating scandals to denigrate the status of sports as “fair competitions.”

On Sunday, January 18, the New England Patriots beat the Indianapolis Colts in the AFC Championship on their way to winning Super Bowl XLIX two Sundays later against the Seattle Seahawks. However, the National Football League (NFL) acknowledged that the Patriots used under-inflated balls during the first half of the AFC game, spurring pre-Super Bowl calls for disqualification.

The scandal quickly went viral on social media, with the hashtag #Deflategate garnering more than 6 million tweets on Twitter expressing concern, rage, unfairness, disappointment, mistreatment, and more. The viral controversy over the under-inflated ball exploded when ESPN confirmed that the Patriots used under-inflated balls during at least eleven games in 2014.

To cope with the situation, NFL promised an in-depth investigation of the matter using videos, forensic evidence, and physical evidence. However, even now after the Patriots have taken the Super Bowl trophy from the Seahawks, the investigation isn’t available to the public due to unknown delays.

Many football fans are furious.

Manlius Pebble Hill senior and Seahawks fan Andrew Glies told JSR, “The Patriots really deserved to be disqualified from the Super Bowl… I’m not saying this as a Seahawks fan, but from the perspective of all football fans. You can’t just get away after breaking one of the most fundamental rules of the NFL eleven times. They obviously took huge advantage from it, and now it’s time for justice.”

Yet not all fans agree with Glies.

Nate Hinshaw, a Fayetteville-Manlius sophomore, said, “The Colts lost by 38 points… A deflated ball can’t explain the absolutely horrendous performance they showed us.”

During a press conference on January 22, Patriots coach Bill Belichick and quarterback Tom Brady stated arguments similar to Hinshaw by asserting that ball inflation is a minor factor affecting a team’s performance. Though the controversy quickly died down after the Patriots won the Super Bowl, where strict policies of ball-inflation were implemented, questions still remain about whether the team cheated or not.

Even though a key principle of sports is fair play, Deflategate is but one of several cheating scandals that have surfaced throughout the years including Barry Bonds’ anabolic steroid abuse, Floyd Landis’ performance drugs abuse, and Tonya Harding’s alleged hiring of a hitman to cripple an opponent at the 1994 US Figure Skating Championships. As recently as 2013, more than a dozen Major League Baseball (MLB) players were found to have received Performance-Enhancing Drugs (PEDs) such as Human Growth Hormone (HGH) from a now-defunct anti-aging clinic in the Miami area.

As sports fans hoping to preserve both the integrity and the values of sports, we must be aware that the playing rules of not only the NFL, but also any other sport, are intended to maintain the fairness and integrity of all games. Violation of such rules undermines fans, opponents, and sporting itself.