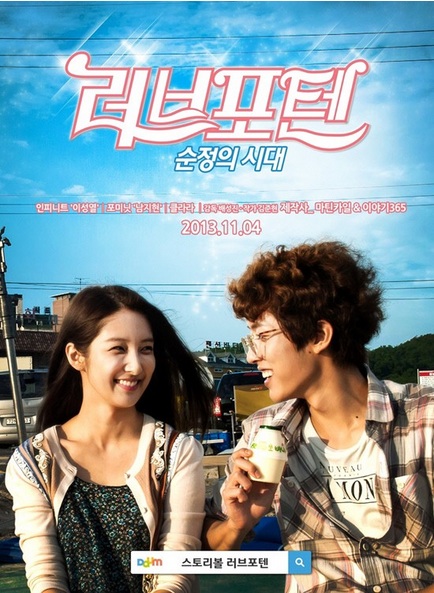 Korea’s iconic entertainment industry has now introduced “mobile drama,” a new way to broadcast stories to viewers all over the country and the world.

Mobile dramas, also known as “web dramas,” utilize smartphones to broadcast shows in a new way. Without the use of televisions, web dramas are taking advantage of the world’s latest technology.

Producers behind the new genre are testing the waters by casting young idols and rookie actors to target a younger audience. For example, the anticipated “20’s Twenty-Years-Old” stars up-and-coming actress Lee Da In and Kikwang of the pop group Beast.

These young and fresh actors are used to portray purity and innocence that the common “first love” stories call for. There is a recurring theme of nostalgia and youth, and a lot of the short stories in production are focused on young “campus couples.”

Generally shorter than television dramas and only broadcast for a couple weeks, mobile dramas have light, quickly progressing plots that are usually comical. However, these romantic comedies may eventually open the growing genre to horror, drama and action.

Because it’s still a recent and unfamiliar new idea, most web dramas are still in production and are set to air early next year. Of the mobile dramas that have been released, “Please Remember, Princess” is a front runner amongst young high school and university students, consistently ranking first place on Storyball, a video aggregation website run by the Daum search engine.

“Please Remember, Princess,” which started in early November, broadcasts three 10 minute episodes every week as part of a twelve episode series. Following the trendy “first love” plot, the drama shows an innocent boy, Giyeok (Infinite’s Sungyeol) in his efforts to do anything to win the heart of his first love, Min Ah (4Minute’s Jihyun).

Free of charge for viewers all over the world, mobile dramas are accessible and lighthearted fun.