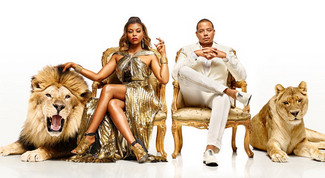 After a six month break that was suspenseful for fans, season two of “Empire” kicked off on September 23. According to the New York Times, the season premiere on Fox was seen by 16.2 million viewers.

Based on a family feud and focused around the music industry, characters deal with emotional pasts, on-going struggles for power, and their love for each other. The show’s fans desperately anticipate new episodes because they are dramatic, emotional, and entertaining.

“I love ‘Empire!’” said Jane H. Kim, a La Canada High School (LCHS) junior, to JSR. “ My friends and I seriously waited for season two to come out for forever. It felt like we were waiting for years, so it was kind of sad that the episode was so short.”

“I can’t wait till the next episode,” she told JSR. “This week is going to feel so long, but I can’t wait.”

According to LCHS senior Jonathan Kim, the actors and actresses add to the storyline by engaging the audience.

Kim stated, “It’s a really good show, and I feel like the actors and actresses have a lot to do with it. Taraji P.Henson, playing Cookie, and Terrence Howard, playing Lucious, are my favorite.”

A lot of special guests appeared in season one, including Snoop Dogg and Jennifer Hudson. Fans expect more guests this year, and the first episodes have featured Chris Rock, Ludacris, and Marisa Tomei. Oprah Winfrey, Mariah Carey, and Pitbull are confirmed to be appearing in later episodes.