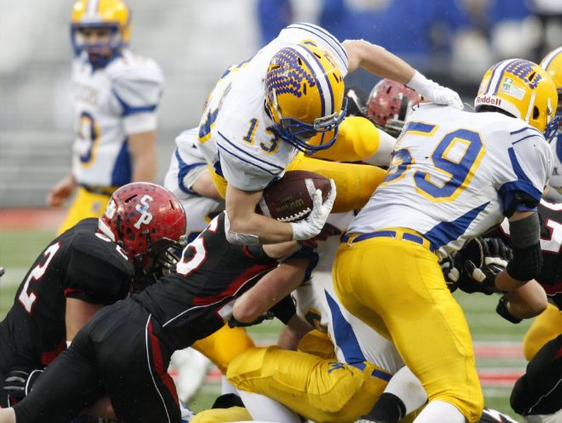 Some of professional sports’ most infamous names, including baseball player Alex Rodriguez and cyclist Lance Armstrong, have had their reputations marred by the use of performance enhancing drugs (PEDs). Yet these highly controversial performance enhancers are now being used by younger athletes, including high schoolers.

Biologists say that a dominant aspect of life on Earth is the voracious search for advantage over competition in pursuit of limited resources. Athletics can be seen as an extension of this competition, and athletes like Rodriguez and Armstrong have sought advantages in the form of PEDs.

Author Malcolm Gladwell has written that elite athletes are often products of genetic advantages. In a 2013 New Yorker feature titled “Man And Superman,” he presented the argument that PEDs are neutralizers allowing less-endowed athletes to “finally… train as hard as they wanted.”

Cyclist Tyler Hamilton, who was stripped of his 2004 Olympic gold medal due to doping, wrote in “The Secret Race” that, “We didn’t think of it as cheating. It felt fair to break the rules.”

According to the Mayo Clinic, anabolic steroids and other PEDs give athletes extra testosterone to use for muscle growth. However, the dangerous side effects of these drugs are well documented, with increased aggressiveness, depression, and heart problems being just a few examples.

Despite these health risks, some parents support the use of such products by their children. According to an August 2013 article by Amy Shipley in South Florida’s Sun Sentinel newspaper, some parents actively search for every advantage to give their kids. Often, these are highly competitive parents who invest thousands in the newest technology, equipment, and coaching to ensure their child’s success. For them, PEDs are just an extension of that.

In June of 2012, the US Department of Health’s Youth Risk Behavior Survey found that nearly 640,000 high schoolers have used steroids.

However, there is still fierce opposition to PED use.

David Keel, the longtime head football and softball coach of Homestead High School in Mequon, Wisconsin, told JSR, “I think kids and people are always trying to get an advantage… [Use of PEDs is] way too high, and we’re going to have to get it down. It’s just not acceptable.”

Keel continued, “You do worry, because [high school athletes] see successful college athletes, [and] successful professional athletes, and they think they need that. But we talk to them about it… If they take chocolate milk, I’m happy. That’s the most performance enhancing stuff that we’ll ever recommend.”

Both Keel and Pfaff have made history without drugs. Keel’s teams have won 19 North Shore Conference football titles and seven state trophies in boys’ football and girls’ softball, and Pfaff was named 2014’s Defensive Player of the Year by the Wisconsin Football Coaches Association.

So how can society combat the increased prevalence of these drugs? For Keel, the solution is education.

Keel said, “If we can… let our kids know it’s not acceptable and it’s not healthy, we have a chance.”