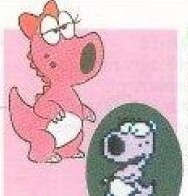 Despite a history of censorship on lesbian, gay, bisexual, and transgender (LGBT) content, video game designers appear to be subtly and successfully incorporating more LGBT protagonists in their video games.

Although designers have been creating implicit LGBT characters since the 1980s, the Image Games Network has reported that many of the implied LGBT characters in video games have long been censored due to company policies regarding sexuality content. According to the Gaming Bus, in 1992 Sega censored minor transgender and homosexual enemies. Additionally, according to the original instruction manual for Nintendo’s “Super Mario Bros. 2,” a miniboss named Birdo preferred to be called “Birdetta.” This part of the manual, however, was eventually removed.

The Entertainment Software Association (ESA), a video game trade association with major members such as Warner Bros., Nintendo, Disney Interactive Studios, and Sony, mandates that any references to LGBT identity be categorized of needing discretionary caution on mature humor, sexual content, or sexual themes. Consequently, this has qualified games with LGBT content as Mature or Adults Only.

Yet, because video games like Assassin’s Creed have short snippets of film material, they are qualified to receive Motion Picture Association of America (MPAA) ratings. Thus, developers for games such as “Assassin’s Creed” and “Tomb Raider” have been finding more leeway in representing LGBT characters.

The Atlantic’s Jagger Gravning reported in his article “How Video Games are Slowly, Quietly Introducing LGBT Heroes” that, when character interaction is closely analyzed, games such as “Assassin’s Creed” have implied LGBT themes.

Specifically, Gravning brought up the first female assassin and protagonist of “Assassin’s Creed: Liberation,” Aveline de Grandpre, as an example of the recent trend of indirect representation of LGBT members.

“From a certain point of view, there is something elegant in handling LGBT characters in this indirect way. There is certainly relief in escaping the expositional mire game writers often confuse for storytelling,” Gravning reported in the Atlantic. “And because the focus of the story is forced to be about something else, these LGBT characters are not defined only by their orientation.”

Although Gravning provides evidence and observations to support his claim, debate amongst users on gaming forums and social outlets such as Tumblr has pointed to the ambiguity and uncertainty of such claim.Indeed, in an online thread about the characterization of Aveline, according to deviantart user lost-my-hope, “There are no clear boundaries of where her sexuality lies. I personally saw no characterization of Aveline as an LGBT member. I believe the brief interaction between her and Patience has nothing to do with Aveline’s sexual preferences but merely captures the flirtatious nature of Patience instead.”

Nevertheless, perhaps this ambiguity serves what Gravning pointed out as a purposeful attempt to blur the significance of sexuality differences within characters.