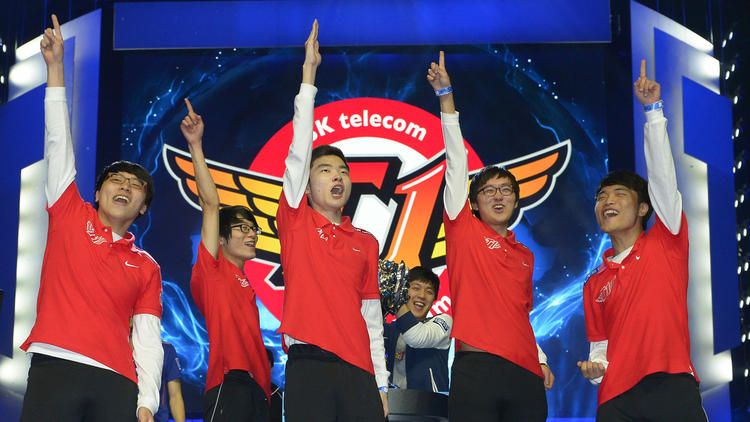 Spending hours every day doing nothing but sitting around playing video games is frowned upon by many parents and dismissed as a waste of time. However, professional gaming has now become an industry and some players are making careers out of games.

One very popular game is Riot Games’ League of Legends, a multi-player battle game with a large fanbase and people who set up tournaments. According to Wikipedia, this free-to-play game had 27 million daily players and 67 million players every month as of January 2014.

League of Legends competitions have grown in attendance and extravagance over the years, and last year’s world championship was held at the Staples Center. This year’s event takes place in October at the much larger World Cup Stadium in Seoul, Korea.

League of Legends competitions are similar to sports like basketball, football, and soccer in that they feature two organized teams playing against each other to see who is more skilled. Becoming a professional League of Legends player is like having a full-time job with days being spent playing, analyzing, and strategizing. As of last year, professional gamers from outside the US are also eligible for athlete visas to travel into the country for games and championships.

Schools across the country have created clubs and teams for this game as well. In Iowa, Des Moines East High began a gaming club and recently hosted an “eSports” tournament. Pennsylvania’s Robert Morris University has created the first ever League of Legends varsity team at a college and last month announced that it would be offering coaching, staff support, tutoring, and scholarships for digital athletes.

“I am happy to hear that more opportunities to become a professional gamer are arriving because it gives more job opportunities for others,” said Jeoung Kim, a citizen interviewed for this article.

“However,” she continued, “I believe that people should still be focusing on their studies rather than spending all day playing video games.”

With eSports gaining in popularity, sitting in the house for hours on end playing video games could pave the way for a legitimate career in the near future.