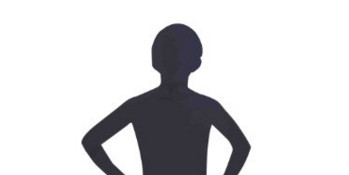 Halloween is over, causing many parents relief. Though the holiday is hugely popular, it is also a dangerous time for young kids because serious accidents can happen during trick-or-treating. The state of California has reported that kids are twice as likely to die in accidents from 4-10 pm on Halloween than during the same times on other days.

According to Inside Edition, costumes are a major factor in these accidents.

Parenting website LittleThings.com reported earlier this year that one of the most popular costumes this Halloween was also one of the most dangerous: a black body suit without eye holes, called “I’m Invisible” and manufactured by Forum Novelties, that restricts vision to the point where wearers might not be able to distinguish roads from sidewalks.

Soyeon Kang, whose 9-year-old brother went trick-or-treating this year, told JSR that she doesn’t think the “I’m Invisible” costume should be sold.

“This costume is extremely dangerous and wearing this must be forbidden by the law,” Kang said. “Young children will walk across the street at some point during trick-or-treating. They [may] bump into something: cars, trees, or the other trick-or-treaters.”

This is not the first Halloween costume to be criticized. According to ABC News, costume flammability is also a major problem and has injured at least 16 kids since 1980.

Kyungnam Kim, an owner of a costume designing company in Korea, told JSR, “It is true that most costumes, especially the Halloween costumes, can be produced without passing a safety test in several countries.”

Fortunately, Southern California did not see any reported costume-related injuries during Halloween 2015. Yet, when preparing for next year, it is important for parents and guardians to educate their kids about the potential danger of the Halloween costumes.

We must prevent one of the happiest days from turning into a most horrible day with innumerable accidents.