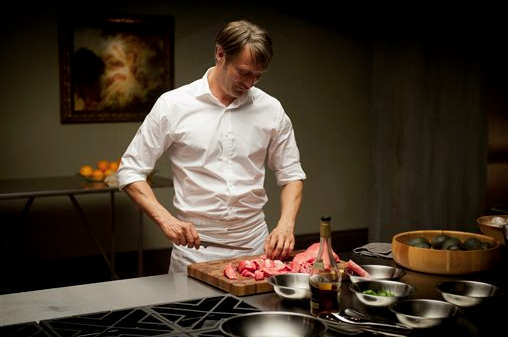 Say “cannibalistic serial killer,” and people around the world think of Hannibal Lecter.

Three decades after making his first appearance in Thomas Harris’ 1981 horror novel “The Red Dragon,” the iconic murderer has become one of the most terrifying villains in popular culture. Anthony Hopkins won the Academy Award for Best Actor for his portrayal of Lector in The Silence of the Lambs, which also won Best Picture. Yet Hopkins wasn’t the first actor to play the character, and the role has been rehashed several times since The Silence of the Lambs.

In Bryan Fuller’s new television adaptation, titled Hannibal, Lector is back in full force and he is as terrifying as ever.

The NBC series puts its own unique spin on the villain, portraying him in his early days as a psychiatrist, FBI “ally” and brilliant murderer in his prime. In doing so, the new series stands out amongst other acclaimed adaptations by exploring the inner psychology of the killer, from his cultured bravado to his bizarre friendship with a troubled FBI agent who has the unique ability to empathize with killers. Mads Mikkelsen, who plays Lector, even manages to give Hopkins’ iconic portrayal a run for its money.

Interviewed on digitalspy.com, Fuller said, “I felt that there was an opportunity to tell a chapter of his story that hadn’t been told before. We’ve see him incarcerated, we’ve seen him post-incarceration having escaped, and we saw him as a young man, but we haven’t seen him as a practicing psychiatrist and a practicing cannibal.”

While Lector remains the focus of the show, the story gives an in-depth take to his relationships and, consqeuentially, the other characters. The show plays with moral ambiguity, and by doing so it provides the unique opportunity to view the killer with elements of human benevolence and compassion. It’s almost enough for the viewer to see him in a positive light. Overall, Hannibal is a compelling take on the iconic villain complete with artistically arranged gore and nods to the character’s history.

Hannibal’s first season, which concluded in June, will be available on DVD in September. The second season, which is beginning production in Toronto this month, is expected on NBC in 2014. Because of the show’s graphic imagery and adult content, viewer discretion is advised.