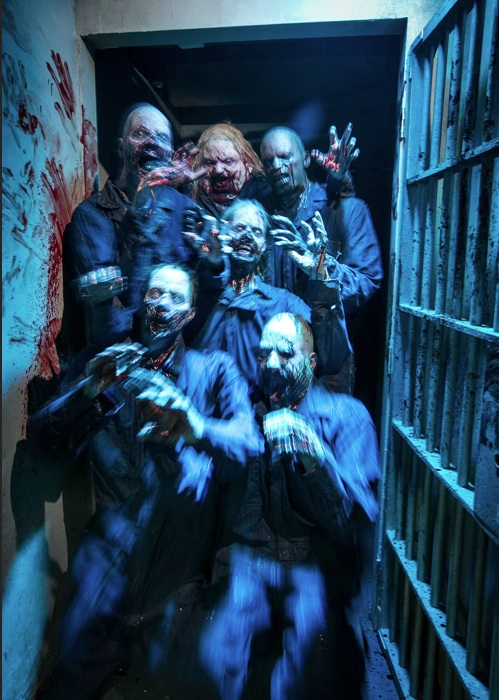 Is there a better way to celebrate Halloween than with scary costumes and fake blood? Everybody who loves being scared should definitely go to Halloween Horror Nights, which are being held at Universal Studios Hollywood on select dates until Nov. 2!

This year, Universal has prepared six scary mazes. Based on Universal properties like the Evil Dead and the Walking Dead, each different maze has its own twist and turns. All of them include creatures that pop out of the shadows with props like intimidating knives and loud chainsaws.

Christian Park, a sophomore from Burbank High, said, “The Insidious maze was the scariest maze for me. I couldn’t even lift my face up, so I just grabbed on to the person in front of me and hoped he could lead me to the way to survival.”

Jaehee Lee, a Junior from Glendale High said, “I am glad I ended the night with this show. It was super funny and exciting. When the songs came on I did a little dance in my seat and sang along with my friends. [Bill and Ted] made me forget about the horror.”