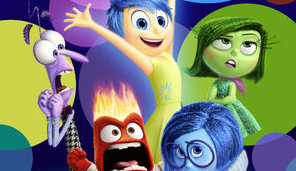 Pixar, which created “Toy Story,” “Finding Nemo,” “Monsters Inc,” and many more animated movies, has struck our hearts again with “Inside Out.”

The basic concept is that brains act as control centers that are used by five mini humanoid emotions: Joy, Sadness, Anger, Disgust, and Fear. Although the plot may sound simple, the film does a spectacular job in portraying both our complex emotions and the deeper functions of the brain in a straightforward way.

“I liked that I was able to think about what it would be like to analyze my feelings as characters, and the mood was mostly optimistic, which brightened my thoughts in the end,” said Sunhee Bae, rising freshman at Seoul International School.

“I am personally interested in brain activity,” Bae added, “and the movie gave creative and simple images about deeper functions of the brain for people in all age groups to easily understand.”

By exploring the mind of a growing child who’s moved away from home, Pixar was able to explore some of the more complicated emotional roller coasters that people all go through at one point in their lives through a very artistic approach. Not only does the film explore its main character’s emotions, but it also displays the feelings of other characters in order to offer an a broader view on the universality of emotions. “Inside Out“ then goes a step further by creating ways to explore the deeper cognitive abilities of the mind such as imagination or long term memory.

“I liked the idea of every person having the same emotions but displaying them differently,” said Ariel Lee, rising junior. “As seen in the trailers, the mom and dad and kid all have the same ‘emotion’ characters but their personalities are different because they have different memories.”

Lee continued, “Their experiences are what eventually shape the memories. It was also really cool how Pixar was able to put a creative twist to what we know happens in our imagination and long term memory. For example, in ‘Imaginationland,’ there are palaces made out of clouds and cards. These things are what a typical kid imagines so it was really funny seeing all of that in ‘technical’ terms.”

While the film may seem like it’s designed to appease the a younger audience, teenagers and adults alike can enjoy themselves with this universal film that uncomplicates our intricate and sometimes muddy emotions.

“By giving each personality distinct character traits that could only function when working in unison, Pixar made the film at once very endearing and compelling, as the audience was forced to consider themselves introspectively,” said Christine Jeong, soon to be a freshman at Princeton University.

“I thought they made [our thoughts and emotions] super easy to understand, all the while keeping the proper real life concepts of imagination and memory, which was pretty practical given that it was a movie for a younger audience,” she said. “It actually made me feel ‘close’ to it emotionally, because I found myself wondering if I also chucked such valuable parts of my childhood memory into oblivion like [main character] Riley.”