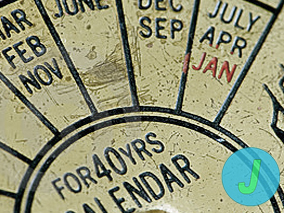 Though February is the shortest month of the year, it’s still full of great events. This is just a small sampling compiled by JSR Students Eugine Chung and Seo Jin Lee.

February 3. Granada’s Best Dance Crew at Granada Hills Charter High School in Granada Hills. This competition will determine who has the best moves in the valley. Purchase your tickets before they sell out! [GHCHS Dance Team]

February 8. Art Walk at the East Village Arts District in Long Beach. At this art walk, which takes place on the second Saturday of each month, artists show their work in a festive outdoor environment. There’s even a music stage featuring local band Babylon Blues from 6:30-9:30. [artwalklb.com]

February 14-16. Asians on Film Festival at JET Studios in North Hollywood. Now in its second year, this festival aims to promote Asian movies, movie makers, and actors. The 2014 edition, hosted by Burmese American actor Adrian Zaw, will include screenings of 79 films. [adrianzaw.com]

February 15. Harlem Globetrotters at the Honda Center in Anaheim. Since the 1920s, this basketball-playing performance art troupe has traveled the world with its spectacular blend of athleticism and comedy. The team hasn’t lost a game since 2006.

February 16. LA Zine Fest at Helms Bakery in Culver City. At Zine Fest, more than 200 independent creators of homemade magazines will gather to show their wares and share their community. This is the place to go to load up on obscure literature and weird comics. [lazinefest.com]

February 22. Miley Cyrus at Staples Center in Downtown LA. The eccentric and daring singer will continue her Bangerz World Tour at the Los Angeles Staples Center. Watch her perform hit singles like “We Can’t Stop” and “Wrecking Ball.” [RCA Records]

February 25-26. Solo and Ensemble Festival at West Ranch High School in Santa Clarita. Students in the William S. Hart Union School District who are are interested in performing solo or ensemble pieces can come to this two day festival to receive personalized help from professionals and meet other musicians.