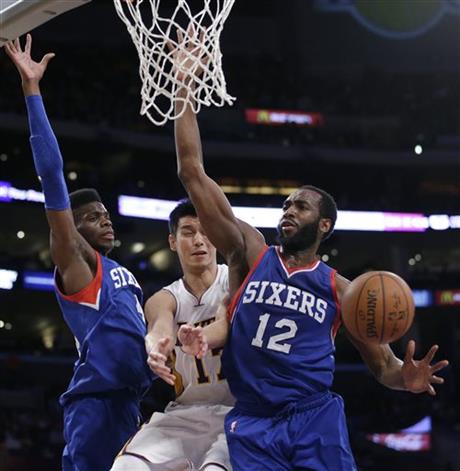 The Los Angeles Lakers have been a large part of sports culture in Los Angeles, but fans are unsure of what to expect after a recent reduction in their success.

Holding a winning percentage of approximately 25%, the Lakers have been one of the worst teams in the NBA this season. With Kobe Bryant, Nick Young, and Julius Randle injured, the Lakers are looking toward the future in their franchise. The decline of Bryant has played a large part in the Lakers recent failures and could also hurt the Lakers after the season, as his $25 million salray for next year could impact the team’s ability to gain new talent.

As the season comes to a close, coach Byron Scott has experimented with new players. Jordan Clarkson, rookie from Missouri, has produced at a fairly high level at the starting position, while Jeremy Lin has also played well off the bench. Although the Lakers are not the “showtime” team that Los Angeles loves and remembers, they have shown some potential of return. But many Lakers fans have expressed their frustrations.

Many have accused the Lakers of losing games on purpose for higher draft picks. Other fans have blamed the coach, questioning decisions such as putting both Carlos Boozer and Lin on the bench.

Yet fans hope the Lakers will have more luck in the offseason and sign some talented free agents to their team. Fans have expressed interest in Memphis Grizzlies center Marc Gasol, brother of former Lakers star Pau Gasol. Other options include: Kevin Love, Isaiah Thomas, Deandre Jordan, and Aaron Afflalo.

In an interview with JSR, avid Lakers fan Brian Hernandez talked about what he wants to see from the team.

“I want to see Jeremy Lin getting more time,” Hernandez said, “and I think that the Lakers should make a move for Kevin Love in the offseason. I have trust in the Lakers and that they will come back to their full potential.”

The Lakers’ journey back to the top is still beginning.