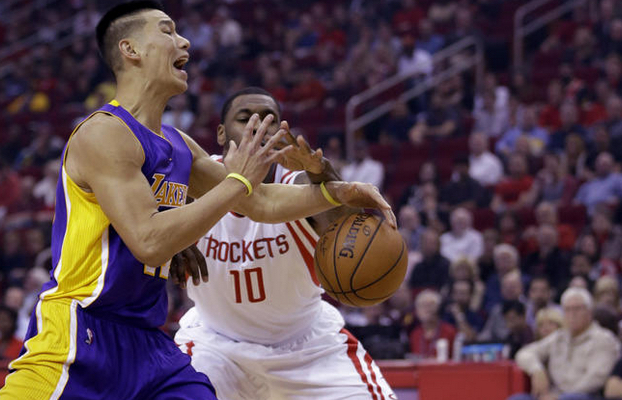 Almost a month after the National Basketball Association (NBA) season officially began, the Los Angeles Lakers are ranked last in their division. The team beat the Atlanta Hawks and Houston Rockets last week, yet the Lakers have 11 losses and only three wins on the season. That makes this the worst beginning in franchise history since 1957-1958.

The team has been impacted by major changes from last season, and one of the biggest pieces of Lakers news this season is that veteran star player Kobe Bryant has returned after a knee injury took him out of the game for almost seven months.

“[Kobe] is a double-edged sword,” claimed North Hollywood junior and basketball team member Jason Lan in an interview with JSR.

Lan explained, “He scores over 30 points a game, but no other superstars will want to join the Lakers as long as he is on the team [because] he is the decision maker [that] will always get the ball in clutch time.”

To the delight of many Lakers fans, Jeremy Lin, the former New York Knicks star who caused “Linsanity” while leading a famous winning streak in 2012, was recently traded to the Lakers. Despite his talent, however, his season with the Lakers has been less than optimal.

“He is very good at driving to the basket and can act as a three-point shooter,” Lan remarked.

Yet, according to Lakers head coach Byron Scott, “He’s played well, but I expect him to do better.”

“He lacks defensive skills,” Hahn said. “Statistics show that on the defensive end of the court he’s very lacking and gives up a lot of points to the other team compared to how many points he scores.”

At least Boozer’s scoring a positive number of points–the fans aren’t too happy about former Phoenix Suns star Steve Nash’s absence from the court this entire season due to multiple back injuries. The 40-year-old previously claimed that his season would be his last, although he has not made an official retirement announcement.

“Although it is very sad to see Steve Nash end his great career this way,” said North Hollywood junior Moon Kim, “his presence on the floor would not have helped the Lakers. He would have taken playing time from the younger guards on the team that need the playing time to get better.”

When asked to predict the outcome of the Lakers, Kim said that the safe prediction is “that the Lakers will not be making the playoffs this year [and that] the Lakers will come in last place in their division.”

Jason Lan agreed, telling JSR that “the Lakers are not just off to a bad start this season.”