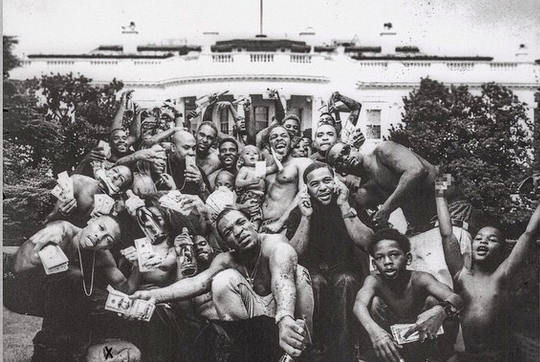 Kendrick Lamar, the LA-based rapper whose most recent album “To Pimp a Butterfly” debuted atop the Billboard 200 and has become one of the most influential LPs of the year, has put his name on new designer shoes that aim to expand his lyrical message of peace advocacy through the outlet of fashion.

Lamar’s work has often shown concern for issues such as violence and discrimination, and his take on the Reebok Ventilators has turned heads for a unique design and message that is uncommon in pop culture. Each pair includes one shoe with the word Blue stitched on it and another shoe with the word Red stitched on it, representing the colors of the local Bloods and Crips gangs. Both shoes in the pair have the word “Neutral” on their tongues, representing Lamar’s hope to inspire youth with peace rather than violence.

In an interview with JSR, Lamar fan and Los Angeles resident Kevin Zelaya said, “These [shoes] are really fashionable and well made but they’re a lot more than just something you wear to look cool.”

Zelaya continued, “Hearing a lot of the things that he says, I think Kendrick is a very humble guy and he is setting himself apart from every other rapper out there. He’s the only one brave enough to stand up and say that there’s no reason for people to be killing each other, whether it’s in the streets of Compton or anywhere else in the world.”

He concluded, “Every time I turn on the news there’s another killing or another crime and Kendrick is using his fame and status to speak out against things that other people are too afraid to talk about. I think Kendrick is the most influential artist in rap right now and if anyone has the power to stop gang violence in LA it’s him.”

The sneakers play only a small part in Kendrick’s overall message of peace and unity. While these shoes focus on breaking the barriers between opposing gangs, Kendrick’s message in his music, his clothing, and his words speak on a wide variety of topics including racial tension and corporate corruption.

“To Pimp a Butterfly” track “Alright,” for example, speaks on police brutality and racial discrimination and tells victims of discrimination that “we’re gonna be alright.” Advocates sang the song in the streets of Cleveland during a July protest in which police aggressively arrested a 14 year old boy, leading Slate’s Aisha Harris to pen an article wondering if the song is “the new black national anthem.”

Lamar’s music has been impacting people all over the world. Now, he’s using fashion to influence young people to make a change to stop conflict.