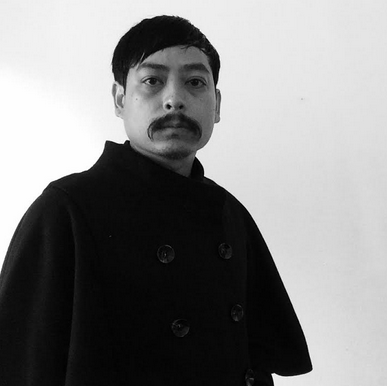 In 2006, legendary New York rapper Nas announced that “Hip-Hop [Was] Dead.” More recently, in an essay published in May 2015, GZA of the Wu-Tang Clan ranted about how hip-hop had lost its art form and meaningful substance since the golden age when Wu-Tang was at its peak.

In an era in which mainstream trap and crunk music rule the rap game, many hip-hop purists agree.

But, today – and “every day [he has] left on this earth” – Vietnamese American emcee Michael Nhat is working to change that. On his new full-length record, “Heads On Sticks,” Nhat’s intent is clear.

“I want to resuscitate the mentality of old-school New York hip-hop, back when rap was about the stuff that mattered,” said Nhat in an interview with JSR. “Back when it was about the content, about the stories.”

“All these mainstream rappers now compromise their individual styles because they get more money that way. But you can’t make real music when the motivation is just money. It has to be rooted in individuality. I’ll never be a sellout like that.”

Indeed, the new album “Heads On Sticks” literally screams Nhat’s unique style to the listener. His delivery is loud and dissonant, and his flow is often abstract and arrhythmic. The beats he spits over are even more eccentric; diaCritics’s Jade Hidle describes Nhat’s sounds as an “unsettling” combination of “bees and birds flying, metal touching, and whimsical lilt of carousel music.”

According to Nhat, the eccentricities are intentional.

“I just wanted to make an album that I wanted to hear. To me, in terms of beats or flow, it doesn’t matter if everyone is doing it the way I do it, or if no one is.”

“I want to make music that lets people know that everyone can – or maybe even should – make music.”

Underneath all the shouting and the weird noises, however, is a far deeper layer of substance. Past all the surface idiosyncrasies are stories of Nhat’s personal struggles and emphatic social messages. Reminiscent of the blunt deliveries of Method Man and the hard-hitting eccentricities of U-God – both of whom Nhat cites as inspirations, “Heads On Sticks” tackles the issue of breaking free of the unfair Asian American stereotypes burdened on him by American society.

“My beats and lyrical content are polar opposites. My beats are cartoonish and playful while my lyrics are heavy, hard-hitting, and serious,” said Nhat during our interview. “I love it when they clash like that. It creates this chaos in my music that I find beautiful. A lot of people think that chaos and beauty are paradoxical concepts but I think the two are intertwined.”

Right away, with opener “The Racism I Go Through,” Nhat explodes with rage when detailing the belittlement of Asian Americans’ status in social situations and the ridiculing of our physical characteristics. Nhat continues shedding light on this racism throughout the album, channeling his anger toward American troops for violating civilians’ rights during the Vietnam War in “Jesus Was A Gook” and expressing his frustration when the hip-hop scene ignores him for being Asian in “We’re Not 15 Anymore.”

Interwoven in the racial themes is Nhat’s personal history. He discusses his struggles with suicide in the heartbreaking “I Tried Suicide When I Was 21” and admits to his delinquency at a young age in “They Got A Noose For Me.”

“We don’t get taken seriously. The racism we face is completely different,” said Nhat. “Not enough people are telling our story correctly. In media, in Hollywood, they’re telling the public a fictional story; we’ve become a caricature that embodies qualities that outside races are amused by.”

“A lot of Asian American rappers try to emulate what’s on the radio, and so they’re creating stereotypes for themselves and for all the rest of us who are trying to tell our stories straight up. These stereotypes trap us into a mold and so much of media doesn’t understand that these stereotypes aren’t accurate portrayals of who we are as Asian Americans.”

Nhat concluded, “Overall, when people listen to ‘Heads On Sticks,’ or any of my music, I want people to understand that I am not someone who will apologize for who I am and I will never compromise what I stand for, and I want people to see that’s how it should be.”

Listen to “Heads On Sticks” and all of Michael Nhat’s music on Spotify or cop his albums on his website. Nhat will appearing on Friday, August 14 at Time Warp Music in Mar Vista, California for a performance that will be broadcast live on KXLU 88.9 FM’s long running Demolisten program. Stream the performance live from kxlu.com at 7pm PST. Listener discretion is advised due to adult content and explicit lyrics.