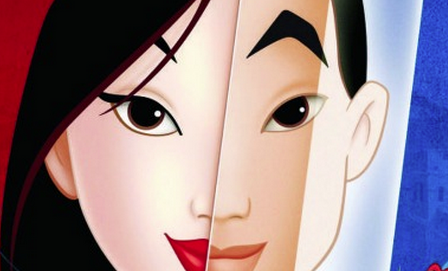 Disney’s recent plans to develop a live-action film of the hit 1998 animated film “Mulan” have sparked controversy due to fan speculation about a non-Asian cast.

Initially, many were excited about the news of a live-action remake of a common favorite Disney movie. Disney has previously created live-action versions of their animated movies such as “Cinderella,” “Maleficent,” and “Alice in Wonderland,” and those films have performed well at the box office.

However, debates and criticisms have risen in social media about the casting for the movie, which stems from Disney’s previous record of “whitewashing,” or replacing ethnic characters with predominantly white casts. A notable example is the casting of Rooney Mara for the role of Tiger Lily, a young Native American girl, in “Pan,” the live-action adaptation of “Peter Pan.” Another instance is when Johnny Depp was cast as Tonto, a Native American character, in “The Lone Ranger.”

“If they cast a single white person in the Mulan movie, I say we just don’t go see it at all,” read one post by Tumblr user hazardhanners.

Amidst the heated debates, “fancasts”, or speculations of a movie cast as chosen by fans, have grown into a trend on social media. Popular candidates for the role of Mulan include Jamie Chung, Constance Wu, Zhang Ziyi, and Arden Cho. Ming-Na Wen, the original voice actor for Mulan, has also found significant support online. As for the role of Li Shang, a Chinese general and Mulan’s romantic interest, fans have rooted for Siwon Choi and Yoshi Sudarso.

Despite the fact that many of the fancasts are not Chinese actors and actresses, they are of Asian descent and many people still support them based on resemblance to the characters’ appearances in the animated film. However, others have advocated strictly Chinese-only casting for the movie. Because Mulan is set in China with Chinese characters, and because it is based on the ancient Chinese legend of Hua Mulan, many have stressed the importance of using Chinese actors.

“The casting of the new live-action Mulan needs to be Chinese. Anything less is unacceptable whitewashing and erasure,” wrote Tumblr user thusfarsogood.

Some disagree with this sentiment, including Valencia High School senior Rebecca Chen.

“I think that the race of the actors honestly should not matter that much, since acting is by definition the playing of a role, not necessarily one that you actually are,” said Chen in an interview with JSR.

Chen continued, “I wouldn’t mind having an Asian actor of a different race play a Chinese character, as long as it is done well. Although I definitely believe that representation is important and would love to see a Chinese actor play a main role, I don’t want [Disney] to sacrifice acting quality just for the sake of putting in more Chinese actors. If there are better qualified people to act, then they should probably be chosen.”

Although the diverse variety of fancasts have led to many debates, fans are highly anticipating the announcement of Disney’s official cast for the live-action adaptation of “Mulan.”