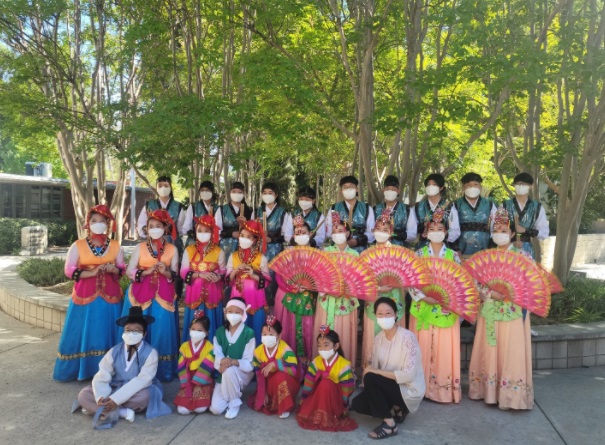 As the summer approaches and the Coronavirus starts to dissipate, Y Nanta ensemble has taken the opportunity to perform and showcase their talents once again. To celebrate Korean Culture Day, Hizo Yoo’s Korean Culture Club presented a series of dances and traditional Korean performances. The event took place at the Northridge United Methodist Church on June 12, 2021. Leading up to the performance, the team met weekly on Saturdays to practice their routine and perfect their craft. Due to the Coronavirus, Y Nanta had not been able to meet together for a number of months, and have recently started to practice together with social distancing, and slowly start to return to their regular practices.

Y Nanta is made up of more than 20 high school and junior high students who represent their Korean pride through their performances throughout their local communities. Hiza Yoo, who is the founder of the organization, has spent years in Korea learning the traditional Korean dances, and continues to preserve the Korean culture in America. She has choreographed countless dances and teaches the craft to her students. During the performance, several dances were performed including Gayageum, Fan Dance, Sword Dance, Kkogttugaksi, Jjango Dance, and Nanta. Gayageum is a traditional Korean string instrument that is plucked to create sounds through its 12 strings. The Fan and Sword Dances are both types of neoclassical Korean dances which were performed in various rituals and ceremonies. Kkogttugaksi is a playful dance that is performed to express happiness and festivity through its actions and moves. Jjango is a two sided drum that is hit to create beats and an exciting rhythm. And last but not least, Nanta is a performance that utilizes the drum called the Buk, to create a fast paced and rhythmic atmosphere that compliments the various beats that are created using the two sticks.

I was a part of the Nanta team, beating a large drum in the heart-racing, rhythmic fashion that I have learned over the past two years. During my performance I wielded my sticks high above my head and before bringing them down to meet the bellowing drum, all of this in unison with a V-shaped chevron of fellow drummers. Jeremiah Chun, who has been with the group since his 8th grade year, has found the experience to be, “very engaging and I felt very upbeat playing with all of my fellow group members.”

Overall the event was a success and the audience was moved by our performances. It was nice being able to perform with the other members of Y Nata, and with safety measures in place, the group looks forward to more performances in the future.