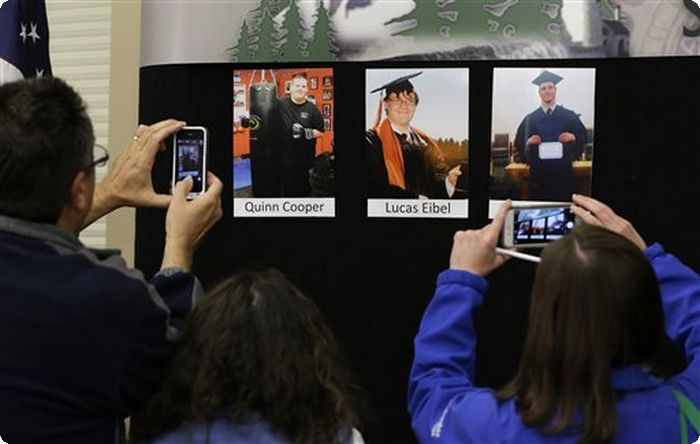 There has long been a controversy about how the media should cover tragic events such as murder or mass shootings. While some say media shouldn’t reveal the specific details of horrific events, others say media has the right or duty to incorporate any details as long as they are accurate.

“There is a growing body of forensic evidence that mass shooters emulate their most infamous predecessors,” wrote Mark Follman, the national affairs editor for investigative journalism magazine Mother Jones. “Not only is this copycat problem far more serious than is generally understood, there are now clear indications that some individuals who plan and carry out these crimes are highly influenced by the news coverage of previous attacks.”

Follman and many others believe that learning the details of mass shootings can inspire future crimes and can serve as a foundation for new ideas. They argue that media sources should ask whether minimizing the use of these images and keeping killers’ names out of headlines could help prevent copycats. University of Alabama criminologist Adam Lankford has also cited the pursuit of fame as a motivating factor behind mass shootings.

“Summarizing the salient material may in some cases be smarter than propagating a killer’s demented bid for glory,” Follman wrote.

“There’s really no clear, empirical evidence of a link between news media coverage and ‘copycat’ shootings,” Warren wrote recently in a New York Times op-ed. “Instead of blaming the media for killings, we need more data for real research to help law enforcement discern trends. We need more light, not less.”

“We need to be able to understand these acts and make sure to avoid misinformation and conspiracy theories bred by ignorance and confusion. Accuracy is the key,” he continued.

Warren quoted Dr. Paul Appelbaum, of Columbia University’s department of psychiatry, who said, “Right now, we can’t be confident that media influence is a real factor, and we may never be able to know.”

When asked by JSR, Judy Kisor, a history teacher at a school in Palos Verdes, weighed in with her opinions on the complexity of the issue and concluded that there are no easy answers.

“Although I strongly believe in the freedom of speech, which is one of our most important, yet problematic rights,” Kisor said, “it has been academically proven that the revealing of crimes result in these copycats.”

In fact, collaborative research released this summer by Arizona State University and Northeastern Illinois University suggests that as many as 30 percent of mass shootings are inspired by previous attacks.

“This doesn’t mean that I agree with hiding the details, though,” she added. “As citizens of the United States, freedom of speech is one of our main guaranteed rights, and no one should be restricted from this, unless it is hate speech. The media has a sense of responsibility, which is why they filter through most details to see if they are neutral, while social media is all over the place.”