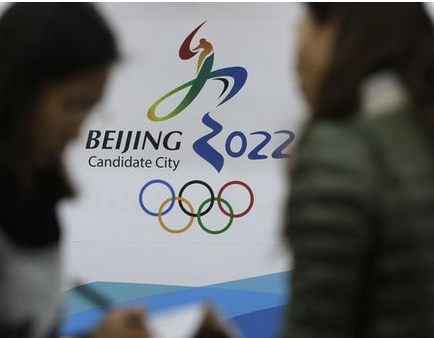 As July 31 approaches, the International Olympic Committee (IOC) finds itself with very limited set of choices for who will host the 2022 Winter Olympics.

The locations of both the Summer and Winter Olympics are chosen seven years in advance to give the host cities time to prepare, and the end of July is the deadline for the 2022 games. Yet only two candidate cities, Beijing in China and Almaty in Kazakhstan, are in the running after others have dropped out due to cost concerns and lack of popular support.

Both cities have experienced hosting big athletic events. Beijing hosted the 2008 Summer Olympics and aims to be the first city to host a Winter Olympics as well, while Almaty hosted the 2011 Asian Winter Games and is set to host the 2017 Winter Universiade.

However, both cities have pressing disadvantages. The environment was a key problem for Beijing when it hosted the 2008 Olympics, and air pollution is worse there now. In February 2014, the level of exposure to fine particulates, which cause deadly long-term effects such as strokes and heart attacks, exceeded hazardous levels. Furthermore, the city receives very little snow, meaning snow for the various events will have to be artificially made as it was for the 2014 Olympics in Sochi, Russia.

Another issue impacting both cities is their national governments’ human rights records, as both countries are autocracies known for quashing dissent. In 2014, Kazakhstan received a 5.5 out of seven in its freedom rating by Freedom House, an independent watchdog organization for human rights – with seven being the absolute worst. China did even worse, with a 6.5 freedom rating.

Leo Liu, a sophomore of Chinese descent who attends Crescenta Valley High, believes that regardless of China’s flaws, it will win the bid.

“China has that worldwide recognition,” he claimed in an interview with JSR, “that is only more amplified by their hosting of the 2008 Summer Olympics. Everyone knows that they can pull off a grand show, as shown by their opening and closing ceremonies, and what’s to say that they won’t do their best for the Winter Olympics?”

“On the other hand,” he continued, “Kazakhstan is not very well known, and has never hosted the Olympics before, thus making it uncertain if it can handle the stress that hosting such an international event will bring.”

“Thus, if I had to choose a very well known and reliable China over an untested Kazakhstan, I would definitely choose China,” Liu concluded. “Not because it’s my homeland, but because it’s simply the better of two unfavorable choices.”