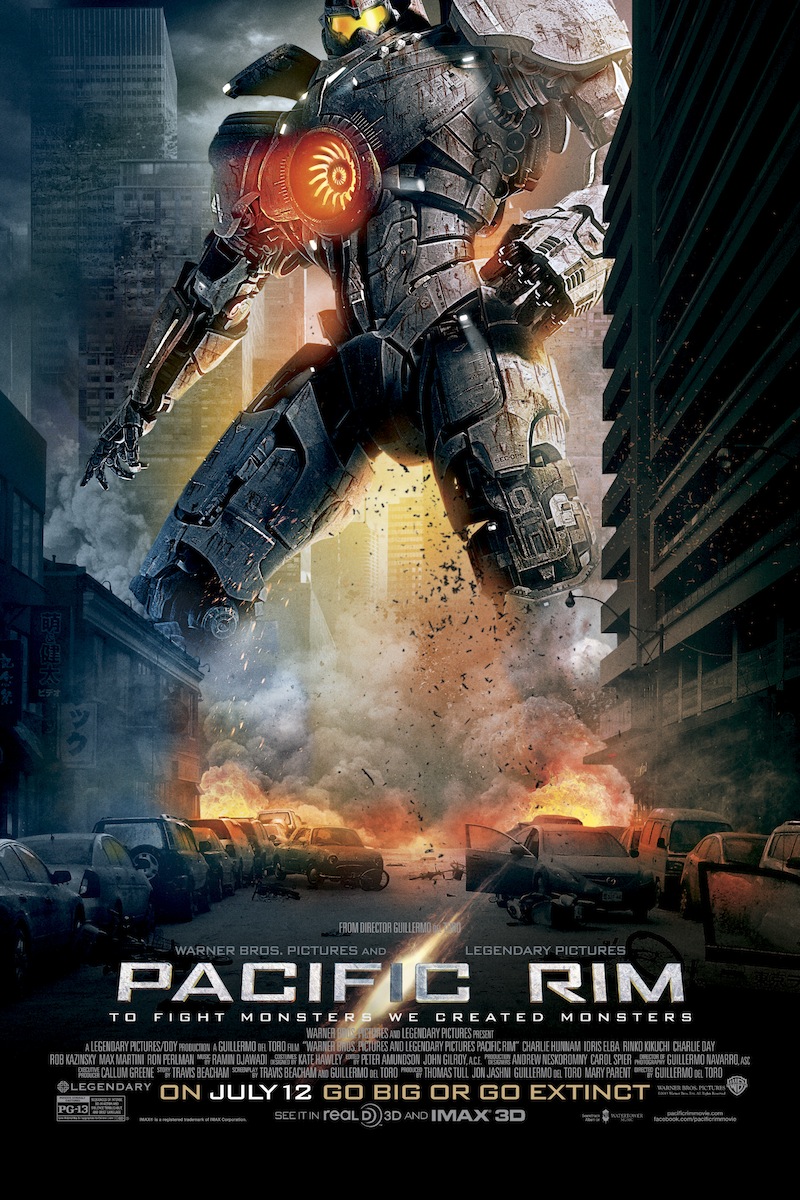 Pacific Rim, directed by Guillermo del Toro, surprisingly manages to deliver some humor and emotion along with what we normally expect from big budget summer blockbusters.

The movie takes place in 2025, more than a decade into a war between giant robots protecting humanity against monsters that have come from a portal in the Pacific Ocean. In an attempt to end the war, Stacker Pentecost (Idris Elba) plans to destroy the portal with nuclear warheads and recruits ex-pilot Raleigh Becket (Charlie Hunnam) and Mako Mori (Rinko Kikuchi), Pentecost’s own adoptive daughter, for one last fight.

The most impressive thing about Pacific Rim is its fight scenes. Though some fights are too long and sometimes close-ups are used too often, the action constantly surprises with new tactics, surprising powers and unexpected complications. As they battle, the robots and monsters look frighteningly realistic in 3D. The fighting is not in the screenplay for its own sake and serves a purpose to the story of the movie.

Del Toro also sneaks in tributes to earlier works of science fiction, from stories by Ray Bradbury and Philip K. Dick, monster movies like Godzilla, and 1996’s Independence Day. At the screening I attended, half of the audience laughed out loud when a character quoted Han Solo during a fight.

The film also has some emotion, by way of the three main characters. As Becket, Mori and Pentecost grow closer to each other, the characters develop relationships and show feelings that elevate the movie from being a mere mindless flick.

Overall, Pacific Rim is a good movie. The special effects are great, and there’s even some emotion in it. It has something it it to appeal to everyone, from people who love action and sci-fi to those simply looking for a good way to spend two hours of their time.