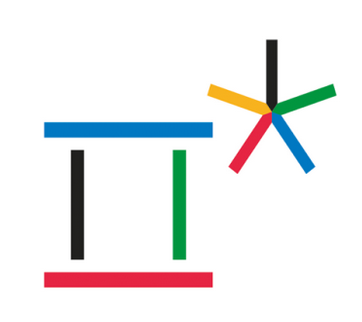 On May 3, the PyeongChang Organizing Committee for the 2018 Olympic & Paralympic Winter Games (POCOG) released the official emblem for the highly anticipated 2018 winter Olympics.

Organizers from POCOG described the significance of the two shapes to the New York Daily News.

At first glance, the logo may seem to be nothing more than a simple house and snowflake. However, those familiar with the Korean language will realize that the image is composed of stylized Korean letters – the first consonants of each syllable of the hosting city’s name.

Korean-American North Hollywood High School sophomore Alice Jung expressed pride in her home country when she learned about the logo, saying, “I like the logo because I can tell that the top rectangular shape is the Korean letter for P, and it shows that the logo has a Korean influence to it.”

Having lost to Vancouver, Canada and Sochi, Russia in bids to host the 2010 and 2014 Winter Olympic Games, Pyeongchang finally won on its third consecutive bid. The event will be South Korea’s first Winter Olympic Games and will take place on the 30th anniversary of the 1988 Summer Olympics in Seoul.

Some organizers claim the 2018 Winter Olympics in Pyeongchang will help promote peace on the divided Korean peninsula.

POCOG head Kim Jin-sun hopes the Olympics will help address the tensions between North and South Korea. According to the Washington Post, he says the Winter Olympics held in 2018 will serve as a “symbol of peace” and promote good relations by facilitating dialogue between both countries.