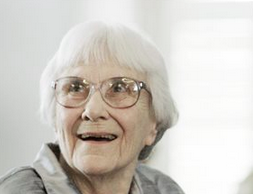 HarperCollins has recently announced the publication of “Go Set a Watchman,” a sequel to the Pulitzer Prize winning novel “To Kill a Mockingbird” published in 1962 and written by author Harper Lee. While much excitement has been expressed about the release of the new novel, the process to the publication has had many hardships.

According to Yahoo News, Lee thought she would never be able to publish the book, which is the only book she is known to have written besides the bestselling “Mockingbird.” Lee had lost the original manuscript to the sequel, which was actually written before “Mockingbird.” However, with Tonja Carter’s recent ‘discovery’ of the long-lost manuscript, “Go Set a Watchman” will be published on July 14.

Carter, who is Lee’s current lawyer, originally visited Lee’s household in order to check the condition of the original manuscript of “To Kill a Mockingbird” when she found an unfamiliar piece of writing that Lee had claimed she had lost. “Go Set a Watchman” is a novel set 20 years after its prequel during the Civil Rights Movement in the US and is narrated by a grown-up version of “Mockingbird” protagonist Scout Finch. Many fans have expressed anticipation and excitement for the release.

“Harper Lee definitely is one of a kind – there are only so many authors who are able to experience that much fame with one novel,” Christine Seo, a junior at Seoul International School, told JSR.

“‘To Kill a Mockingbird’ inspired readers of all generations by showcasing the different bigotries that exist in our society through the lens of an innocent child,” Seo continued. “Likewise, Scout Finch is probably one of the most loved characters of all time. As a reader, I can’t wait to see what kind of woman Scout grew up into and the different obstacles she will experience.”

However, despite fans’ excitement and great anticipation toward the release of Lee’s new work, there has been much controversy regarding the publication of “Go Set a Watchman.” Lee has been both blind and deaf after suffering a stroke in 2007, and papers including the Guardian have reported on speculation that HarperCollins went ahead with the publication process without Lee’s consent by taking advantage of her current disabilities.

Suspicions have been stoked because of the timing of the entire incident. Alice Lee, who was Lee’s sister and attorney, had recently passed away just three months ago. Thus, some remain skeptical of the fact that Lee, who had been publicity-shy for so many decades, has suddenly decided to step out into the light she had been hiding from for years.

“I honestly don’t have a clear idea of what is going on at the moment because it almost seems like every media site gives a different report of Lee’s stance,” Sujin Han, a student at Young Jae Middle School, told JSR.

“To hear even the mere possibility that Lee might be being taken advantage of breaks my heart because her opinion is really the only one that matters, as the author of the novel,” Han said. “Although as a fan I would love to have the opportunity to read another piece of Lee’s work, I hope her decisions are being respected in the publication process.”

While the controversy remains, eager readers are already pre-ordering the book in advance of its release. To pre-order a hardcover, Kindle, or audiobook version, visit Amazon.com.