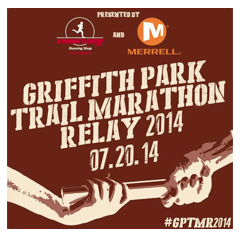 Runners between the ages of 16 and 75 participated in this event within two main divisions: Professional and Open Run. In the Open Run division, a team of four high school students and their coach were awarded the First Place Top Team of the Open Coed division.

Running isn’t always as popular as other sports. However, during the Griffith Race, people from different backgrounds came to either take part in the race or support their family and friends.

Eunice Tak, a graduate of Campbell Hall High School, told JSR, “It truly is an amazing sight to see so many people gathered in one place just for running. I was on the Cross Country team for my school and I did not realize how many different people were interested in running.”

“Running in this race was a thrill,” said Los Angeles Center for Enriched Studies senior Richard Kang. “I ran first for the team so I knew I had to start off strong. Running throughout the path, I saw many runners that I saw last year as well as more runners that I have never seen before.”

Kang concluded, “This Relay Race has truly grown from a minor event into a spectacular race and I am positive that it will continue to grow.”

The coordinators were extremely thrilled to see the amount of runners and audience the race had this year. The Griffith Park Marathon Relay proved that running can be enjoyable as well as energizing.