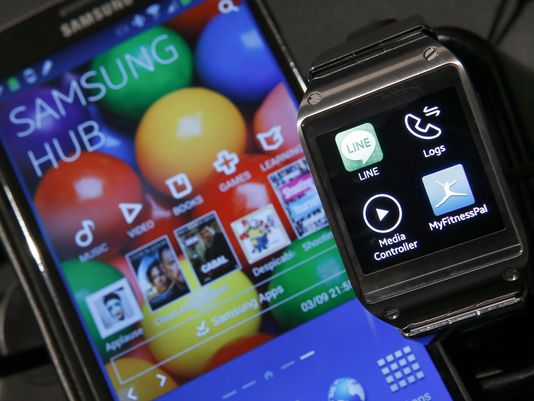 On Wednesday, Sept. 4, Samsung CEO JK Shin spoke at a Berlin conference and proudly introduced the gigantic Galaxy Note 3, a revamped version of the Galaxy Tab 10.1 and a smartwatch called the Galaxy Gear. Yet early reviews indicate disappointment with the new offerings.

Mobile manufacturers, most notably Samsung, have steadily increased the dimensions of smartphone screens over the past few years. Samsung’s phones are now sometimes called “phablets” in reference to their immense proportions. The Galaxy Note 3 does not fail to deliver sizewise, as its screen is a 5.7 inches.

For some consumers, however, size has disadvantages.

“Although having a big screen makes things like games more fun, Samsung is outdoing themselves,” said Temecula High sophomore David Chae in an interview with JSR. “As an owner of the Note 2, I know how big these phones are how hard it is to use them easily with one hand.”

Though the Gear was met with general enthusiasm, early reviews posted online showed dissatisfaction and skepticism. The most common complaint was the fact that the Gear was not an independent device. A wi-fi connection is not built into the device, which must be connected to a smartphone in order to get Internet service.

The Gear battery has also been criticized. Although a watch’s tradition function is to provide accurate time consistently, the smartwatch dies after a couple of hours.

Samsung is a giant in the tech world with earnings estimated at around 8 billion dollars a year. Though large screen dimensions and the smartwatch allow it to stand out from other manufacturers, some observers are worried that this year’s innovations might not be as successful as last year’s products.

According to mobile phone salesman Bill Kozak, the future is not certain.

“I hope to see Samsung make some profit out of their bizarre watches,” said Kozak. “This thing could go down in history as the best or worst thing Samsung has done.”