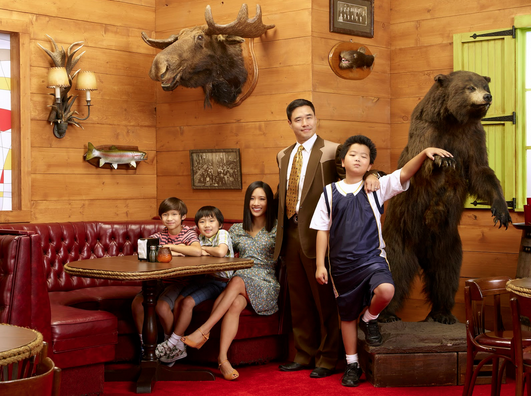 ABC’s new sitcom “Fresh off the Boat,” which first aired on February 4, presents a new take on the classic American family comedy.

The show focuses on the childhood of Taiwanese celebrity chef Eddie Huang, portraying topics such as racial discrimination and social conformity while retaining a lighthearted comedic feel.

“American Girl,” a 1994 comedy starring Margaret Cho, was the last prime time show to feature Asian-American characters, but it received negative reviews and was off the air after 19 episodes. “Fresh off the Boat,” however, has received positive reviews from viewers and is on the road to becoming a popular show with an average of 6.7 million weekly viewers according to Nielsen.

The show appeals especially to Asian Americans because of its ability to depict common struggles and relate to the audience. For example, the first episode tackles the major issue of racism in the school system that is still prominent today. In one scene, for example, main character Eddie is harassed by classmates that make fun of his lunch and make racist remarks.

Peter Park, a Korean American student at Academy of the Canyons, talked about the impact of the show in an interview with JSR.

“I’m glad that [Asians] are finally getting a voice on television,” Park said. “It shows a lot of the problems that I personally faced growing up, and I believe that it can shine a light on racism in America.”

“Fresh off the Boat” has also allowed non-Asians to gain insights into the Asian American experience.

Kevin Zelaya, a Salvadoran student at Academy of the Canyons, said in an interview with JSR that “’Fresh off the Boat’ is an entertaining show that is also teaching people about other cultures. There is a large variety of people in this country and I believe that shows like this can create exposure into different kinds of families in America rather than just focusing on the the ‘stereotypical’ Caucasian American family. [If we learn] about other people and lifestyles, America can become a much more diverse nation in terms of media and culture.”

While “Fresh off the Boat” takes on a large variety of serious cultural topics, it also does not fail to create a show that is entertaining and engaging to all audiences. The show airs every Tuesday at 8 pm (7 pm Central), and many episodes can be streamed online from http://abc.go.com/shows/fresh-off-the-boat.