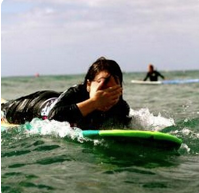 On Twitter, users have 140 characters to either reveal their thoughts or start a conversation with the world.

Since its founding in 2006, Twitter has risen as an online social networking service that encourages social activism as well as worldwide communication. Today, Twitter is managed and promoted by people like Cheri Saito, a 29-year-old product marketing manager at the company. Saito is one of several featured speakers at the Korea Daily’s first ever SPARK Spearkers series, which takes place at 10 pm on Saturday, May 31 at CGV Theater in Los Angeles’ Koreatown.

Saito, who has held this position since 2012, collaborates with numerous teams to persuade businesses that advertising through Twitter is the ideal method to connect with potential customers. Before anything is decided, however, Saito and her product marketing team also conduct interviews with businesses to properly negotiate and satisfy the needs of both sides. In order to ensure that the businesses are attaining the right solutions, the Saito and her team maintain communication with clients throughout the process.

In an interview with JSR, Saito shared her life experiences.

While growing up, Saito was interested in careers that enabled her to express her creativity. In high school, Saito discovered that creativity could be conveyed in business through solving problems or telling stories. She began her path by taking a marketing class and participating in competitions. Later, Saito went to Boston University before landing at Twitter.

When asked to give advice for students who want to work in new media, she said, “Explore. Experiment. Do a lot of different things. Try it all out. Observe, and take in other people’s perspectives.”

Twitter, Saito told JSR, has “enabled people all over the world to communicate with one another – whether that means keeping up with breaking news or your best friend, connecting with your favorite actor, or the Pope, or [finding] someone you haven’t met in person that is also interested in the Hunger Games.

“It’s really amazing, she continued. “I consider myself very lucky to be making a small contribution to that overarching effort.”