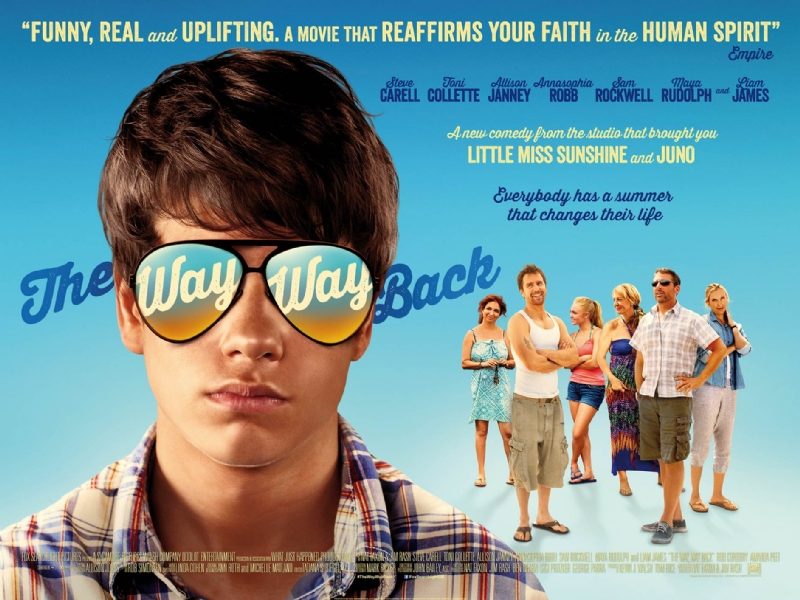 This summer, Academy Award winning screenwriters Nat Faxon and Jim Rash earned a hit with “The Way Way Back,” a feel-good Sundance selection and the coming-of-age tale of 14-year-old Duncan.

Duncan (Liam James), a social misfit, finds himself in an unfamiliar setting when his divorcee mom Pam (Toni Collette), her obnoxious boyfriend Trent (Steve Carell), and Trent’s daughter from a previous marriage, Steph (Zoe Levin), all decide to spend the summer at Trent’s beach house in Massachusetts. Though Duncan makes friends and finds a love interest in next door neighbor Susanna (AnnaSophia Robb), he gets caught up in his mother’s relationship issues and becomes increasingly aware of the rift between him and Trent.

The plot of the movie is a familiar one that seems to play on the successes of  indie hits such as “Little Miss Sunshine,” “Moonrise Kingdom” and “Juno.” This film doesn’t try too hard to be anything special. However, the cast is fantastic in its portrayal of believable characters who will have the audience laughing and crying with them. Owen (Sam Rockwell) provides exceptionally witty lines and the rift in Pam and Trent’s relationship tugs at the audience’s heartstrings.

Faxon and Rash put together a brilliant script that translates well on screen, bringing something special to the tried and true tale of the endearingly awkward teen’s coming-of-age story.

This movie has a bit of something for everyone, from teens struggling with young love and identity to adults reminiscing on their younger, more carefree years. The film’s plot is common, but this makes for a feel-good, laid-back movie experience that doesn’t require too much thinking or brooding. Especially for moviegoers who want a break from the action-packed summer blockbuster lineup at theaters, “The Way Way Back” provides a heartwarming alternative.

This film, which opened on July 5, is still showing at select theaters in Southern California.