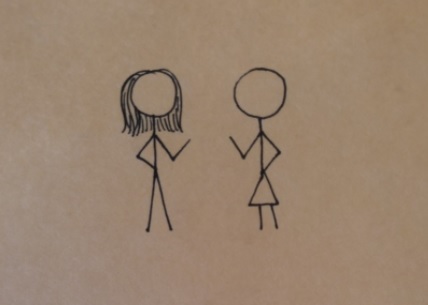 The Bechdel-Wallace Test first appeared in 1985 in a comic strip by Alison Bechdel, who was inspired by her friend Liz Wallace. The test was specifically aimed at the medium of film; the means to push for better representation of women onscreen. It was meant to determine if there was a scene in which at least two named female characters have a conversation about anything other than a man. The Bechdel-Wallace Test was to be a basic indicator for good female representation. Since then, it has grown.

The Bechdel-Wallace Test has been reviewed, analyzed, criticized, and applied multiple times, and it’s critics deem it as an unnecessary way of “forcing” diversity. Another negative often heard of the test is that in some of the films it has been applied to, the main focus isn’t the women. This is reasonable; for example, if the male protagonist is missing, a scene of the female characters not talking about him would be strange for the story. Also, due to the time constraints of movies, every minute counts in furthering the plot. But, this also brings up a connecting issue in the media, the oversaturation of stories centered around a cis, white, male leads to underrepresentation of other groups, such as POCs, LGBTQ+, and female leads.

Female-centered movies fail the test as well. In rom-coms, the female protagonist and her friends have nothing to discuss but the men in their lives. Even in thrillers, the female protagonists’ dependencies on their male counterparts outweigh their supposed independence. Either way, women’s stories are often portrayed to revolve around a man. The Bechdel-Wallace Test seeks to call out this harmful, yet prevalent trope. It seeks more complex and nuanced storytelling for women, hopefully leading to a more equalization of females both in film as well as in the real world.

One thing that the critics of the test seem to forget is that the Bechdel-Wallace Test is the bare minimum. However, many shows and movies still fail today. The test doesn’t guarantee good female representation, but it is a step in hopefully improving Hollywood’s internalized sexism.