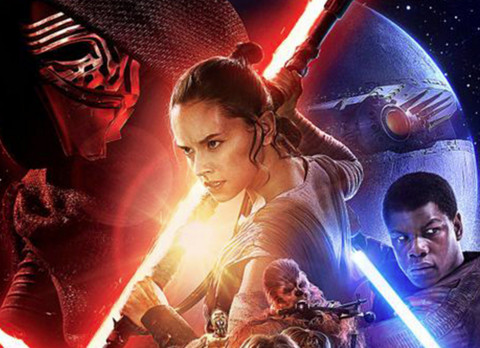 December 18, 2015 will be a significant date for Star Wars fanatics due to the release of “Star Wars Episode 7: The Force Awakens.” Advance tickets have already been sold to many avid fans.

On October 19, the official trailer for the JJ Abrams-directed “The Force Awakens” was broadcast on ESPN during Monday Night Football and uploaded to YouTube. Social media, particularly Twitter and Instagram, exploded after the preview.

According to the BBC, the trailer accounted for 2.1 million cumulative posts, likes, shares, and comments within the first hour and averaged around a million views per hour over the first day. These staggering statistics exemplify the thrill and eagerness surrounding the release of the film.

Pre-order tickets went on sale after the trailer aired, causing popular online ticket broker Fandango to crash due to the overload of people who attempted to access tickets. According to Fortune Magazine, the pre-order sales for “The Force Awakens” surpassed pre-orders for such hits as “The Dark Knight Rises,” “The Hunger Games: Catching Fire,” and “The Avengers.”

Star Wars’ widespread popularity goes back to when the first installment, “A New Hope,” was released in 1977. According to Forbes, “The fact that Star Wars hit such a chord precisely [was] because it was an original [that] was unlike anything that was currently available in the marketplace… It wasn’t a comic book adaptation, a film based on a popular novel, or a live-action feature film adaptation of a popular television show.”

Today, the film is loved by young people and older people alike.

Sanjay Ram, a junior at West Ranch High School, told JSR, “I remember my parents showing me the Star Wars movies when I was a kid, and I’ve loved them ever since. When I heard there was a new one coming out, I immediately became interested, and I even bought advance tickets.”

James Park, who is 31 years old, shared his excitement, telling JSR, “This Star Wars movie will be the best out of all the previous ones. I just have this great feeling about how [the film] will turn out.”

“The Force Awakens” definitely has the possibility of achieving record-breaking sales and astonishing reviews. It is still unclear, however, whether fans will enjoy and love the film like the previous Star Wars installments. Until December 18 comes, people all over the world can only wait and wonder about the new episode of this beloved series.