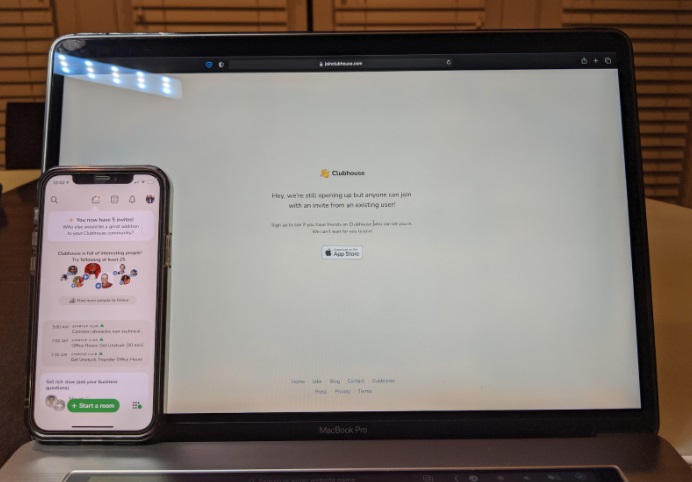 Clubhouse, a newly emerging social media mobile application, has been rapidly growing in popularity worldwide. This new, invite-only platform, based on voice, has lured many famous individuals, from Elon Musk to Bill Gates, to help stir engaging and relevant conversations with the general public.

Launched in April 2020, Clubhouse is a social media platform where users come together from all around the world to talk, listen and learn from one another. Currently, it is only available to iPhone users, and new users can sign up via iMessage referrals from other existing users either on the platform or via a waitlist. People can connect and converse with individuals they know as well as others outside their first connection. New connections can be formed through mutual relations and while having discussions in a room.

“This is very similar to very old school chat rooms,” Podcast Producer and Early Clubhouse Adopter Jerry Won said. As soon as users enter the app, they are presented with a hallway that shows the various rooms which people they follow are currently speaking or listening in. Users can see three key pieces of information: the title of the room, a short description of the conversation, and the number of people talking and listening. Users are allowed to enter any public room to listen in and contribute to the occurring discussion.

During a conversation, people are assigned three distinct roles: listener, moderator, and speaker. People who join chat rooms are given the listener role by default. The moderators, who can change users’ roles in the room, can nominate listeners who have an urge to speak. This can be done by simply clicking the raise hand icon on the bottom right.

There are some unique features that early adopters of the Clubhouse community have created. Since there is no applause feature on the app, speakers and moderators flicker the mute button multiple times. This is a great way to audibly and visually show their appreciation and resonation to the active speakers.

Won said, “I do not think college and high school students have adopted the platform yet.” Since the platform is very young, people have not seen a large audience of younger generations on the platform. Like with Instagram and Facebook, users and investors have hope that Clubhouse will one day be an open cross-platform that everyone will use.