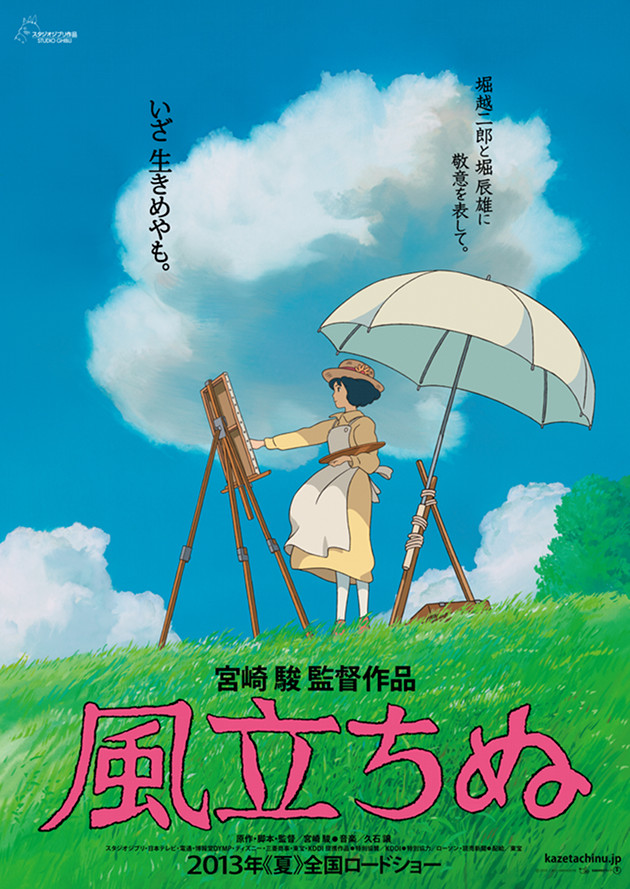 Hayao Miyazaki’s newest and perhaps final film, “The Wind Rises,” is stirring up controversy with its pointed statements against a Japanese Prime Minister’s policies.

Known in Japan as “Tachinu Kaze,” the film opened there on July 20th and met a wide variety of responses. It made its international debut at the 70th Venice International Film Festival in Italy on September 1.

Unusual in its deviation from Miyazaki’s fantasy-themed family films such as “Howl’s Moving Castle” and “Castle in the Sky,” “The Wind Rises” is aimed more at an older audience with the historical fiction genre. The movie portrays the life of the designer of the Zero airplane fighters, Jiro Horikoshi. Behind the depiction of Japan’s famous warplane lies Miyazaki’s anti-war message and a complicated tale of East Asian politics.

In explaining his motivation in an interview with Cut magazine during the making of the film in 2011, Miyazaki said, “Horikoshi was the most gifted man of his time in Japan. He wasn’t thinking about weapons… Really all he desired was to make exquisite planes.”

In an essay published in Neppu a day before the release of the film, Miyazaki narrates his life as a young boy in post-war Japan, having heard adults boast about atrocities committed and leading him to conclude that “we had ‘fought a truly stupid war.’”

Miyazaki then criticizes Prime Minister Shinzo Abe’s denial of Japanese war crimes in World War II, which include the abuse of Korean comfort women. Furthermore, he disapproves Abe’s attempt to amend Article 9 of the Japanese Constitution, which would militarize the nation’s Self-Defence Force. Part of this motivation includes rising tensions with Korea and China over disputed island territories.

Miyazaki’s anti-war message has led to accusation from some Japanese nationalists that the director is a “traitor” and “anti-Japanese.” According to the Wall Street Journal, a Japanese Yahoo! commenter asked, “Why don’t you pay the comfort women yourself with your profits?”

Despite having naysayers, the film is a hit in its home country and has held first place at the national box office for six straight weeks. Whether this suggests support either for Miyazaki’s message or simply the beautiful design and story of “the Wind Rises,” the film will now have a chance to find international audiences when it is widely released by Disney later this year.

Fans of Miyazaki will want to savor the experience of seeing the film in theaters, as it may be their final chance to see a new film from the 72-year-old animation legend. At a press conference at the festival in Venice, the Miyazaki’s colleague Koji Hoshino announced the director’s imminent retirement.

According to TIME’s Richard Corliss, who attended the festival and saw the film,  Miyazaki will be leaving the industry on a “soaring note” if this is indeed his last act.