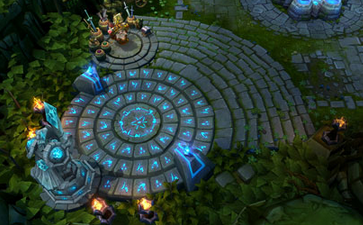 A group at Whitney High School challenged traditionally negative viewpoints of videogames with a tournament on Saturday, May 23.

Video, online, and phone games carry a negative stigma with those who associate them with short attention spans and violent behaviors. While these consequences are definitely harmful, games, in moderation, can offer several benefits as well.

Whitney juniors Jimmy Hwang and Derrik Nghiem decided to show the positive impact of one game, League of Legends, by forming the first Whitney High Championship Series (WHCS) tournament for a class fundraiser.

League of Legends is a multiplayer online battle arena video game that has experienced immense popularity within Whitney and worldwide. Riot Games, its publisher, revealed that the game boasts 67 million players monthly and the company also holds an annual broadcasted League of Legends World Championship.

After weeks of standardized testing, students relaxed by participating in Whitney’s own League of Legends tournament to win prizes sponsored by Riot Games. For a participation fee of $5 per person, the tournament not only raised necessary funds for the class of 2016’s Senior Retreat, apparel, and other expenses, but also relieved stress from school for students. Hwang and Nghiem publicized the event through social media and posters at school received positive feedback.

Nghiem told JSR, “Jimmy and I organized this tournament to help students unwind from the numerous AP and SBAC tests. We’re trying to bring our passions for competitive e-sports into fundraising for our senior year at the same time.”

Hwang shared, “I thought this would be a good way to not only attract people to donate money to our class, but to also bring something fun and new to our school community. I think it’s a great idea for fundraising and a fun break from studies.”

In the increasingly challenging and competitive environments in high schools today, events like the WHCS unite students. This tournament called for collaboration by requiring that students form teams.

Hwang stated, “It’s almost like an outside sport that we can do together at home because teamwork, communication, individual skills, and strategy are all essential to win. The best part of this tournament is that it is open for all grades at Whitney, from seventh to 12th, so I’m excited to see younger kids participate also.”

Richard Zhao, a Whitney junior who has been playing League of Legends for three years, told JSR, “I think the best part of playing is probably the competitive atmosphere and how high pressure it can get in the heat of the moment.”