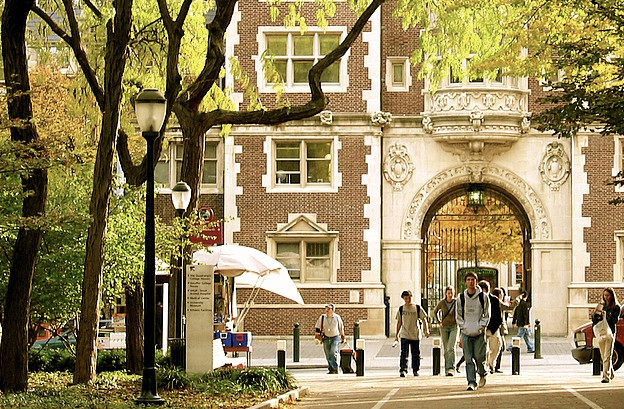 As the oldest of five siblings who grew up in a rural province in South Korea, my mother knows the meaning of the word “sacrifice” better than most. A gifted student who was unable to attend college because she had to fulfill her filial duty by working to finance her younger siblings’ educations, my mother is well aware of the value of education. She always emphasizes how important it is for me to be driven so I can reach the higher education goals she always wanted to meet.

Naturally, this leads to high expectations for me because I’ve never had to face the challenges she did. It seems like my sole occupation as a high school student is to study hard and get into a good college.

And it is this way with many immigrant families, specifically Korean ones.

Living in Irvine, an affluent suburb, I’ve been exposed to the sometimes-extreme lengths Korean immigrants go to emphasize the importance of education. There are positive and negative aspects to this mentality as well as generational and cultural gaps that contribute to the controversy of the Asian parenting style.

In a survey conducted this semester by JSR, 82% of high school respondents rated their immigrant parents’ academic expectations of them as either high or extremely high.

“To be specific,” the student continued, “any math class I’ve ever taken in high school has given me difficulties, and I spend hours trying to understand problems and concepts every day (no exaggeration). I still don’t do very well in class, however, and my parents aren’t happy with my grade or me whenever I mess up on assignments.”

“I understand why they’re harsh though,” he concluded. “It’s because they care so much about me.”

Taking Advanced Placement (AP) or honors courses while balancing sports, club activities, and extracurriculars – all while maintaining the life of a regular teenager – can be extremely stressful for students. But this is what Asian parents expect of their kids so they can get into the most prestigious colleges possible.

The prestige and “brand name” of the college a student is accepted to is generally how an Asian parent measures the success of their child’s academic attempts. Parents urge their kids to take double science classes, receive as many As as possible, and devote their total efforts to schoolwork in the hope that getting into a high-caliber college will somehow ensure happiness later in life.

This is a notion that I feel may be misguided. While it is true that, on average, college graduates garner more income upon graduating, this is a superficial way of measuring “success” and can be achieved other ways than by sticking to the stereotypical medical or engineering path.

Many examples exist of entrepreneurs who have followed their passions and transformed dreams into reality; one does not need to be a doctor who graduated from a prestigious school to be happy. Software designer, artist, professional athlete, and musician are just a few examples of viable career choices that are often suppressed in favor of more standard, financially stable careers.

Yet many Asian children are either too afraid or too complacent to break out of this mold.

“Yeah, I’ve entertained thoughts of being a professional basketball player,” said Beckman senior and club basketball player Ben Chen in an interview with JSR, “but that idea was beaten out by my parents’ reminders that it’s not a very secure choice for my future. They said to focus on my studies and that getting into a top school will give me a chance for a good future.”

Chen’s statement, as well as the survey results, suggest that many Asian American students agree to this devotion to academics out of a sense of filial obligation to the parents who immigrated to a brand new country for them, or because of the perceived logic in it.

While I was applying for colleges, my mother suggested a certain college known for its top-notch pharmacy program despite knowing that I have neither experience with pharmacy nor interest in gaining any. When I angrily asked what the point was, she replied that it would be the “smart thing to do” given that my brother is already pursuing a degree in neuroscience and that “it would be good to have two sons in the medical field.”

I know she’s just concerned about my financial stability in the future and doesn’t want me to be burdened with those worries later in life, but the fact of the matter is it’s smothering. I respect and am grateful for all she’s sacrificed for me. At times, however, I wish she would leave me to pursue what I want.