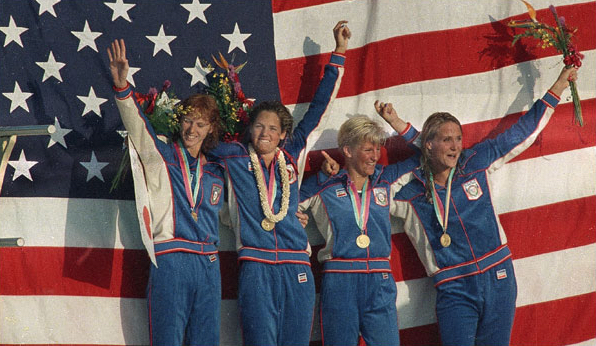 This month’s midterm elections marked the thirtieth anniversary of Ronald Reagan’s landslide reelection to the presidency in 1984. At this anniversary, it is necessary to look back at how America has progressively marched toward fascism over the past three decades.

Fascism, derived from the Roman word for a bound bundle of wooden rods with an axe emerging from the middle, advocates national leadership via a powerful force that appeals to the common people and controls their lifestyles, asserts strength, and seeks to aggressively expand its influence through militarism. A fascist state also inculcates within its citizens a sense of ultranationalism and a devotion to its charismatic central leader.

In the two most prominent examples of fascist states in history, the axes within the fasces were embodied by Benito Mussolini and Adolf Hitler. Since the horrors of World War II, the idea of fascism has been taboo in American society and mere mention of the concept now evokes instinctive antipathy. As a result, American citizens do not understand what constitutes fascist ideals and are unaware that American society has several fascistic elements.

Though nationalism existed in America before Reagan, his “Prouder, Stronger, Better” ad campaign in 1984 truly exemplified a cultural shift towards fascism. One commercial claimed that “the barber shop closed three hours early, the mill shut its doors at noon and all across the state people were taking time [out of their lives]” just to witness “a train carrying the 40th president of the United States” for a few seconds. Another declared that it was “Morning in America,” asserting the nation’s superior standing in the world.

Reagan went on to win the most lopsided electoral victory in history.

It is not farfetched to compare these famous commercials with F.T. Marinetti’s Futurist Manifesto that contributed to the initial outbreak of fascism in Italy. Each glorified and celebrated youth and industry under the stated goal of culturally rejuvenating their respective nations by advocating nationalism with clear depictions of these nation’s virtues.

In the summer before the election, the Reagan administration further introduced fascist elements by encouraging citizens to flaunt their passion and pride for America during the 1984 Summer Olympics in Los Angeles. Coming after the US boycott of the 1980 Moscow Games, American athletes and fans came to LA not only donning red, white, and blue but also wildly chanting “USA! USA! USA!” everywhere they went.

“This kind of thing was unheard of before ’84. Sure, everybody had been excited and had rooted for American athletes in the Olympics prior. But I’d never seen anything like the 1984 chants, screams, and spirit,” said Elite Institute American History teacher Alan Kanaly in a discussion with JSR.

“I don’t think there was any better way for [President] Reagan to display the American obsession of nationalism to the world than by having the American athletes and fans coming out the way they did in the 1984 Summer Olympics,” said West Ranch High School American History teacher Sara Ehrman.

In addition to promoting nationalism, the Reagan era also advanced militarism with an explosion of defense spending in the 1980s that has continued into today. The National Defense Budget rose from $300 billion in the 1970s to over $550 billion in the mid-1980s, and today it is up to $750 billion.

As we continue to see these numbers increase over the years, we must be wary of what may come as a result of our aggressive fascism. In future articles, I plan to demonstrate how fascist ideology has impacted American foreign and domestic policy since Reagan’s tenure.