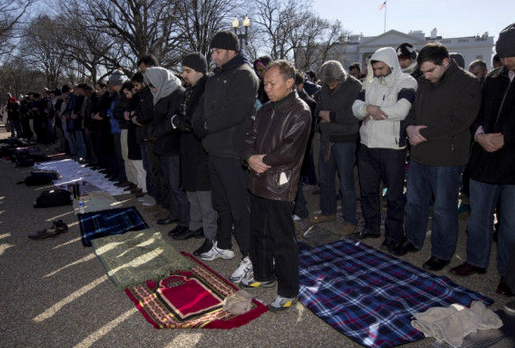 On January 16, American Sniper, a popular film based on the U.S. war hero Chris Kyle’s battles in the Middle East, was released in theaters. Less than a month later, Craig Hicks shot his three Muslim neighbors over a dispute about a parking space in Chapel Hill, North Carolina.

At first glance, the crime may appear to be a typical case about an overly aggressive culprit venturing into the extreme. However, many have argued that the Chapel Hill shooting may have been a hate crime toward Muslims and that depictions of Muslims in media such as “American Sniper” may be connected to the anti-Muslim sentiment that allegedly fueled it. Debates about the issue have sparked throughout social media, identified with trending hashtags such as #chapelhillshooting and #muslimlivesmatter.

Proving an assault as a hate crime can be difficult when there are other motives involved, but advocates are fighting for justice. Hicks was known to be overly angry and aggressive, and according to the Huffington Post his “Facebook page was filled with anti-religious statements.” Whether the shooting was a hate crime or not, Muslims are fearful and others are commenting about the state of anti-Islamism in America.

“I agree that it was a hate crime because ‘parking disputes’ don’t ever really get to that escalated level of violence. I think the media needs to stop trying to cover this up by calling it a ‘possible hate crime’ and start looking at it for what it really is; it’s Islamophobia, and this murder was a hate crime,” said Felix Karapetyan, a senior at Ulysses S. Grant High School in an interview with JSR.

“It’s kind of appalling,” he added, “how quickly people like to try and cloak racism with excuses.”

The topic of Islamophobia – or fear and discrimination toward Muslim people – has been a discussion point since the premiere of American Sniper. Though people have praised the movie as a brilliant tribute toward the bravery of America’s soldiers, many believe the movie is harmful to the Muslim community.

“[‘American Sniper’] is Islamophobic propaganda that glorifies a murderer as a war hero and defends the American occupation in the Middle East,” argued New York-based social justice advocate Jared Azud in an interview with JSR.

“The introduction of this movie creates an even more hostile environment for Muslims in the United States,” Azud stated, “or at the very least enforces the suspicion that people have towards them and perpetuates the demonization of Muslims as ‘terrorists’ or ‘enemies.’”

The Chapel Hill shooting and the airing of American Sniper both exhibit ongoing Islamophobia in the United States. With the constant portrayal of Muslims as antagonists or terrorists in the media, Muslims face discrimination or even death if they express their cultural identity.

Although the fear toward terrorist groups like Al-Qaeda and ISIS is justified, they are an inaccurate representation of the Muslim community, which is full of people who seek equality and freedom just like other Americans.