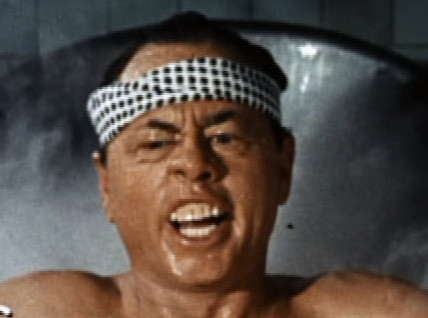 When it comes to diversity, Hollywood movies often lack appropriate and accurate Asian characters. This underrepresentation can be harmful and shows that diversity is still not completely accepted by society.

A study from the University of Southern California showed that, in the 100 top-grossing films of 2013, only 4.4% of speaking characters were Asian. Many people in the US may find it difficult to name one Asian celebrity. Some have speculated that film companies believe they will lose their audience by depicting non-whites onscreen.

This accusation was recently voiced by actor Edward Zo, an Asian American actor who pursued the role of the Japanese character Light Yagami in a live action version of the Anime comic “Death Note” that is set for release in 2016. Instead, the white actor Nat Wolff was cast.

“This would have been an amazing opportunity… for an Asian actor to take the global stage and break barriers and break stereotypes,” Zo said on Youtube, “(but) they were not looking to see Asian actors for the role of Light Yagami.”

As the US becomes more diverse, there should be change.

While the lack of Asians can be bothersome, what is more damaging is how wrongly Asians are portrayed when they do get the chance to appear. Stereotypes are often overused, causing audiences to believe them. The consequences of this inaccurate representation of the Asian community can become dangerous.

For example, often Asian characters are portrayed as foreigners, so they are often always given an accent that is given obviously for comedic effect. Raj from “The Big Bang Theory” is an example of this. Even though all the main characters express stereotypical nerdy behavior, Raj appears to be the most extreme, embodying a stereotype often associated with Asians. Additionally, American media often sexualizes female Asian characters and portrays them as submissive.

Characters’ environments and backgrounds are also often incorrect. They are often given random names that sound “Asian,” and the appearance and cultural actions are often unrelated to characters’ assigned ethnicities. For example, a Chinese character may be given Japanese characteristics.

It’s a problem how stereotypes and incorrect characteristics appear to be the only things that show up in many movies. This affects the audience’s perception of Asians, causing some of them to mock and copy what they see in media. Thoughts can lead to actions, so misrepresentation can be seen as encouraging discrimination against and ridicule towards minorities.

Fortunately, there are some depictions of Asians on American television that are both more positive and better informed.

Sarah Chan, a senior at Whitney High School, told JSR, “It does bother me that there is a lack of Asian representation in the media, however shows such as ‘Fresh Off the Boat’ and ‘Quantico’ are finally bringing light to an unrepresented ethnicity group which I find quite refreshing.”

“Fresh Off the Boat,” set in the mid-1990s, is a comedy based on the memoirs of Taiwanese American chef Eddie Huang. “Quantico” is an ABC thriller series starring Indian actress Priyanka Chopra.

Many minority groups, not just Asians, are unfortunately the victims of media misrepresentation. On-screen stereotypes of Asians demonstrate how media often shows a very limited idea of what diversity is, and it is important that more attention is put on this issue.