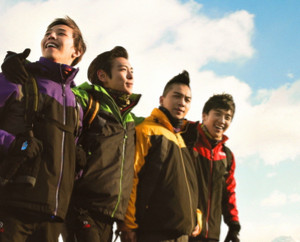 Materialistic crazes are the unfortunate norm in South Korea.

Fad after fad, South Korea’s youth has tenaciously begged its parents for outrageously priced items like North Face jackets, Beats by Dre headphones, and Randoseru backpacks. Parents’ wallets are often the victims of these fads, so-called “spinebreakers” that have also been blamed for school bullying.

North Face jackets have become so prominent that they are called the “second uniform” for students who regularly don them with their school uniforms. These jackets, ranging in price from ₩200,000 (about $185) to ₩700,000 ($645), have been coveted by students nationwide and those who do not have the money for the outerwear are often looked down upon by their peers. CNN correlated the price of the jacket that one wears to his social status, reporting that clothing establishes hierarchies within schools.

The much-desired article of clothing has become a dangerous representation of wealth and status. According to a CNN report, in 2012, five Busan middle school students attacked four North Face owners to steal their outerwear. When questioned about the motive for their brutality, one penetrator replied, “I wanted a North Face jacket.”

Fears of absurd school violence have driven parents to strain themselves financially by buying expensive products for their children. Randoseru backpacks range from ₩340,000 ($315) to ₩698,000 won ($645). Since many wealthy children now own the brand, parents are scrambling to buy the same brand backpacks in fear that their children will be ostracized.

It is worrisome that parents are encouraging such trends.

For many South Korean parents, following trends and keeping their children in style is a necessity. Not only does it comfort parents who are afraid their children will be ostracized in school, but it also serves as a self-esteem boost to some. Soompi.com has reported that parents have expressed satisfaction when they are able to equip their children with high-end brand because they believe it makes their families appear wealthy.

Michelle Lee, a Whitney High School (WHS) junior who lived in South Korea until fifth grade, recalled witnessing similar fads at her cram school in South Korea, telling JSR, “Everybody had expensive clothes, bags, and just everything… It was weird because children at such a young age were talking about their newest phones, bags, and even the academies that their parents paid for.”

This demonstrates the negative effects spinebreakers have on children. Instead of valuing intelligence or kindness, children are evaluating peers on superficial factors.

America has also seen its share of expensive fads.

WHS junior Derrik Nghiem told JSR, “When I was younger, I bought Heelys shoes because all of my other friends had them and I wanted to skate with them.”

Spinebreakers are present around the world, and parents, children, and businesses share the blame for instigating their rise. The rage for these costly products must be stopped to prevent school ostracism, financial burdens, and the belief that a materialistic lifestyle is honorable.