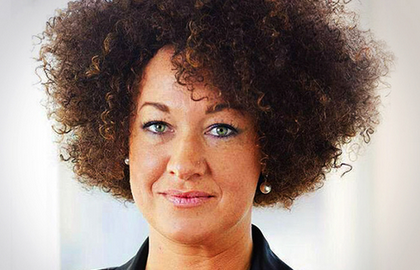 On June 15, it was revealed that Rachel Dolezal, the former president of the Spokane, Washington branch of the National Association for the Advancement of Colored People (NAACP), had lied about her African American racial identity.

As the president of the NAACP chapter, she had helped support the fight for equality. However, many are questioning the actions and motives of Dolezal, who claims that she “identifies as black.” Some believe that because she has never experienced the unjust discrimination or cultural upbringing that other African Americans face, she simply cannot be black.

She said to Matt Lauer in an interview on the Today Show, “I was drawing self-portraits with the brown crayon instead of the peach crayon, and with black curly hair. It’s a little more complex than me identifying as black or answering the question of, ‘Are you black or white?’”

Her claims have caused negative backlash from the African American community, which believes that race is not something with which anyone can identify. Many have also criticized Dolezal for stealing the spotlight from actual black women who could have contributed to her cause.

“I think she is deranged and is committing blackface,” said Angel, a black Tumblr user known as feelmeme, in an interview with JSR.

“Her behaviors have harmed the community,” Angel continued. “She, a white woman, has taken opportunities from black women and is making profit from a struggle that is not hers. She is further participating in erasure and white washing that has damaged the black community. Erasure of African attributes such as big lips and kinky hair leads to the false belief that black people are not beautiful, and white washing conditions or forces black people to conform to society’s standards of beauty such as the editing of black celebrities’ skin to look lighter.”

“[Dolezal] is definitely not justified in her actions. Being black means something to millions of people of color. Faking something like that is insulting to all the black people that have received unfair treatment because of the color of their skin,” Leah Yohannes, an African American junior at Valencia High School, told JSR.

The scandal brings up many problematic aspects of today’s society with regards to the black community. Black culture has been appropriated, or ignorantly claimed without acknowledgement of the cultural background, by many non-African Americans. Manifestation of this trend has been seen through the adoption of certain hairstyles, fashion trends, and slang without regard to the cultural heritage and significance behind them.

Despite the rising popularity of black culture, black people are still discriminated against and mistreated. In other words, people are adopting the culture without respecting those it affects.

Dolezal’s false claims about her race only highlight the disrespect and ignorance of many non-African Americans about issues within the African American community. As a society, we must further the African American cause and focus on actual black female leaders such as Maya Angelou, a poet and an activist, or Laverne Cox, an advocate for transgender and racial rights, rather than the scandal centered around a white woman forcing race into a trend.