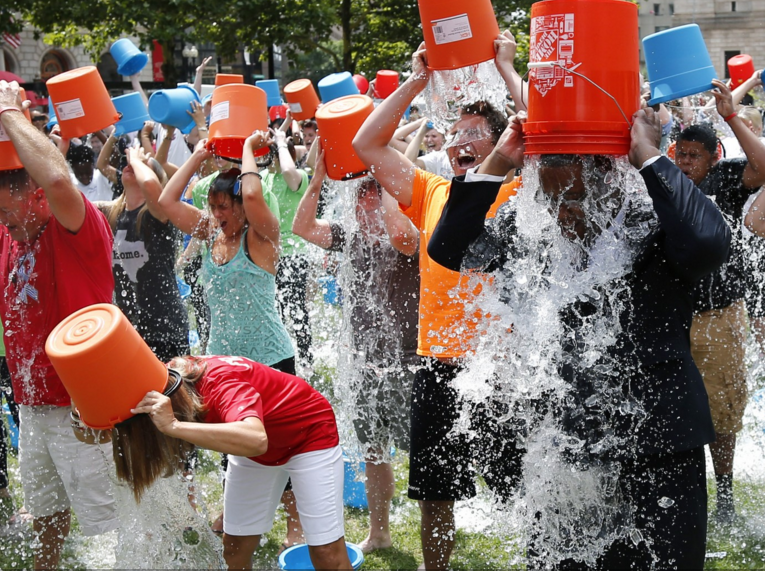 Though social media “challenges” aimed at raising awareness or money for specific causes are quite popular, many people who participate don’t actually know much about the movements in which they’re participating.

“I got to know the ALS Ice Bucket Challenge through one of my friends who nominated me via Facebook,” Christina Yoo, a tenth grader at Seoul Foreign School, told me when I asked her about a hugely popular challenge. “According to the rules,” Yoo explained, “I was supposed to pour a bucket of ice on my head within the next 24 hours, which I did.”

As I questioned her about whether or not she knew the reasoning behind this challenge, Yoo paused before carefully stating, “It’s, like, for the people who are currently combating this severe health problem. I think. Right?”

Yet Yoo is not the only one who struggled to answer this question: seven out of eight students were unable to identify the main incentive and reasoning behind the Ice Bucket Challenge, which aims to raise donations for research into curing a devastating and fatal disease called amyotrophic lateral sclerosis (ALS, or Lou Gehrig’s Disease). The eight students were also asked about another recent challenge that went viral online: the Don’t Judge Challenge.

One student said, “It’s in order to remind everyone that everyone’s beautiful.”

Another stated, “I thought it just wanted to emphasize the power of makeup.”

This is a big problem when it comes to raising awareness by these methods. People join challenges because doing so is popular and trendy, not because they’re motivated and passionate about the underlying issues that the challenges are meant to address.

The ALS Ice Bucket Challenge and the Don’t Judge Challenge have grabbed our attention, but it is questionable whether or not their messages are actually being understood.

“I did the Ice Bucket Challenge because, first off, everyone was doing it,” Rachel Lee, a 15-year old student who currently attends a Korean school, told JSR.

Lee continued, “Yes, I did want to support these patients and felt sympathy towards them, but [my underlying motivation was the question of,] ‘If I don’t do it, what would my friends think of me?’”

“Herd mentality” is a concept that describes how people are influenced by others to adopt to certain behaviors, follow trends, or purchase specific items. It is related to the “bandwagon effect,” which is when people believe something is right or wrong based on the opinions of others rather than any objective analysis. It is time to question whether or not having such a mentality while doing these challenges is beneficial for us and the world. Lee’s statement shows that the herd mentality and the bandwagon effect are both at play when people commit to do such challenges.

It’s about time to question whether or not such methods for raising awareness are truly effective. If not, we should commit to different ways of spreading awareness of causes in ways that truly engage participants.

Juna Jang is a tenth grader at Seoul Foreign School.